Berlin 2 days: where to go in Berlin 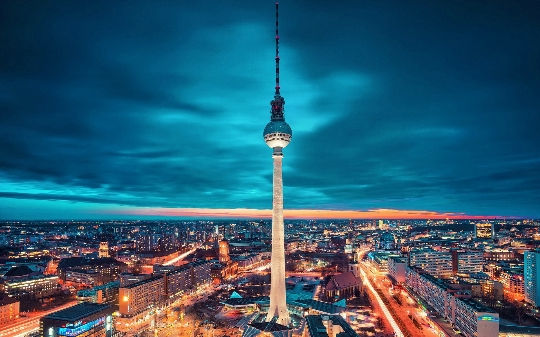 The rich architecture and fascinating historythe German capital city attracts a great number of tourists. See Bradenburgskie Gate and the Reichstag, to admire the cathedral and wander through the numerous museums and galleries - this is the minimum program, which embody in Berlin for 2 days is quite real.

Gateway to the city

The symbol of the German capital, Bradenburgskie gatesIt was erected in the center of the city in the late 18th century. For a long time they served as the boundary between the divided after the Second World War, West and East Berlin, and then made a tangible embodiment of the idea of ​​reunification of all Germans.
The gate leads to the old Berlin, one of the most valuablefacilities which is considered to be the cathedral. It stands proudly on the Museum Island, and its construction was completed in the early twentieth century. The Cathedral is the main Protestant church of the country, its height exceeds 110 meters. The dome of the temple is made of Silesian granite front of the cathedral is a park of unique beauty.

Reminder of the war

The Second World War has shocked many of his BerlinStructures were killed by bombing and shelling. These include the Kaiser Wilhelm Church and the ruins of which are stored in an area Braytshaydplatts as a reminder of the horrors of war descendants. Built next to the new temple is famous glowing blue glasses. One of the relics kept in the old ruined church - drawing a military doctor, who fought at Stalingrad. On the back of the card shows the charcoal woman with the baby. Relic is named Stalingrad Madonna.

Going to Berlin for 2 days, you canplan and walk through any one of its many parks. The most famous - Big Tiergarten, whose history goes back at least five centuries. Once it was hunted and rode horses, and now a green oasis - not only the lungs of the city, but also a memorial place. The park is famous Victory Column, topped by eight-meter statue of the goddess Victoria. Having overcome the 285 steps and climbed to the statue, you can see Berlin bird's-eye view.
The least known Treptow most significantconstruction is considered the Soviet war memorial with a sculpture of a soldier. Warrior-Liberator holds rescued girl in her arms, and the sword, cleaving the Nazi swastika is a symbol of liberation. On the territory of the memorial buried several thousand war dead Soviet soldiers.