History of Cologne. The base development, occurrence of Cologne 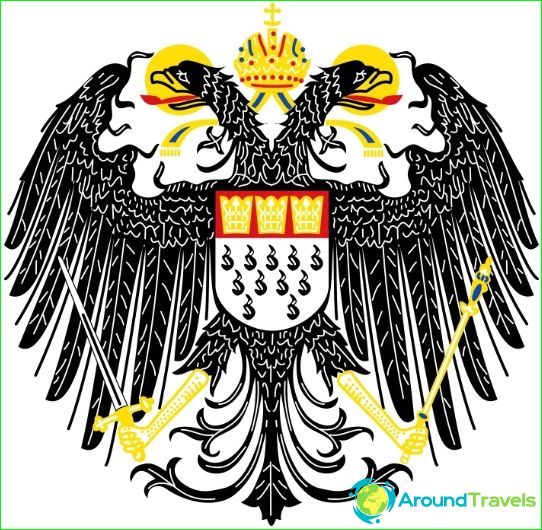 Cologne - one of the oldest and largest cities in Germany.

In the year 50 AD native Oppidium Ubiorum Agrippina the Younger (Julia Augusta Agrippina), already by the time the wife of Emperor Claudius, persuaded her husband to give her hometown status of "colony", giving it thus a number of rights and privileges. The city received the name «Colonia Claudia Ara Agrippinensium» (lat. Colony of Claudius and Altar Agrippintsev). Later they used in common parlance a "colony" or "Cologne".

The city begins to grow actively, and to develop andabout a 85-th year became the capital of the province of Lower Germany. In 260, the Roman general Mark Posthumous using a succession crisis and military conflict, proclaimed himself emperor of the Gallic Empire, whose capital became Cologne. Gallic Empire lasted only 14 years, after which the Cologne once again became part of the Roman Empire. In the year 310 by order of Emperor Constantine in Cologne, the first bridge across the Rhine was built. In the middle of the 5th century, Cologne was conquered Ripuarian Franks.

Ever since Roman times, Cologne was the residenceBishop, in 795, by decision of Charles I the Great the city received the status of Archbishopric. Cologne Archbishops had exceptional power and for nearly five centuries, completely controlled the city. Archbishop of Cologne was also one of the seven electors of the Holy Roman Empire.

A new page in the history of Cologne begins in 1288, the so-called Battle of Vorringene, the cause of which was a long dispute over the rights to the inheritance of Limburg (the main opposition parties were the Archbishop of Cologne, Siegfried von Westerburg and Duke Jean I of Brabant). As a result of Cologne practically became a free city, and although also remained the center of the archbishopric, only the right to influence the justice was maintained for the Archbishop.

Location Cologne, at the intersection of importanttrade routes for centuries was the basis for the development and prosperity of the city. For a long time, Cologne was one of the largest and most important trade centers of the region. Important role in the prosperity of the city has played its membership in the Hanseatic League, as well as the status of a free imperial city, officially assigned to Cologne in 1475. Peak flowering of the city came in the 15-16 century.

In 1794, Cologne in order to avoid damagein fact voluntarily surrendered to the French, and becoming part of the Napoleonic Empire, lost its independence. In 1814 the city was occupied by Russian and Prussian troops, but already in 1815 by the decision of the Congress of Vienna Prussia Cologne departed.

The 19th century was the era of the global Europeindustrialization. I do not stay aside and Cologne, for whom this period became a new stage in the development. In 1832, the telegraph line was held, and in 1843 opened the railway line Cologne - Aachen. An important event for citizens and was the resumption of the construction of the famous Cologne Cathedral (the works were stopped still in the middle of the 16th century). In 1881, it was demolished medieval city walls, and by the addition of Cologne suburb significantly expanded its borders. By the end of the 19th century in Cologne are many factories were built, and the city became one of the largest industrial centers of the German Empire.

World War Cologne managed to survive withminimal damage. During the Second World War as a result of the multiple bombings of most of the city was thoroughly destroyed. Although the post-war restoration proceeded Cologne accelerated pace, it took more than a decade to rebuild the city and build infrastructure.

Today Cologne - a major industrial,transport and cultural center of Germany. The city boasts many excellent museums and galleries, as well as an abundance of cultural events annually attract millions of tourists from all over the world.

Activities in Norway in February: prices and ...

Airport in Salzburg: diagram photo. How to get ...