Suburbs of Cologne - pictures, what to see 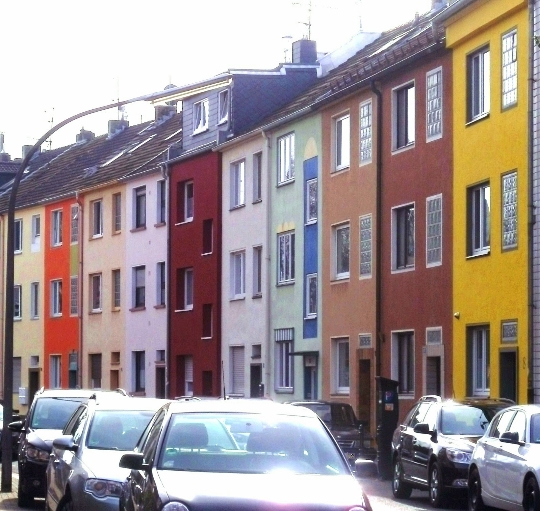 The metropolis on the Rhine referred to the old Cologne,the main decoration of which is considered to be the Cathedral of the XIII century. Adding to the list of UNESCO World Heritage Site, this temple is a constant delight guests. Curious travelers who have studied before the trip and urban neighborhood known as the Cologne suburbs are no less interesting.

Bruhl town even by European standards at allsmall. However, it belongs to the list of suburbs of Cologne, where the tourists are always eager to come. The reasons are two and both are worthy of attention and time spent:

Lake Otto-Maygler Zee in the town of Hürth -a popular place of recreation for residents of Cologne. It created a fishing club, whose members are not only doing what he likes, but also take care of the pond inhabitants and monitor compliance with fishing conditions. On the shores of the lake you can watch the nesting swans, mallards and coots.
And the Cologne suburb is famous as the birthplace of Michael Schumacher, the beautiful German rider and competitor Formula 1.