Home>Articles on Germany>Articles about Cologne>Cologne Zoo - photos, price, hours of work. How to get to the zoo in Cologne

Cologne Zoo - photos, price, hours of work. How to get to the zoo in Cologne

The zoo in Cologne 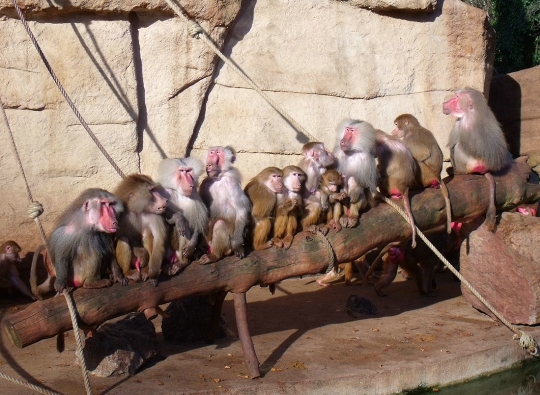 Cologne Zoological Garden was founded in 1860year. Today he is a world-renowned facility for the breeding and conservation of rare animals. In the Cologne Zoo participate prominent scientists-zoologists local university.

Workers Cologne Zoo make the mainemphasis on work with animals group of primates. It contains wild mountain gorillas, bonobos and lemurs. Much work is being done to preserve endangered species endemic to Madagascar. Cologne Zoo name associated by scientists with the research work on the study of the fauna of the Mongolian steppes.

In 1971, there was an aquarium in the zoo of Cologne,1985 - House of primates, and in the beginning of the new century - the pavilion "Tropical forests" with a large population of birds and reptiles. Many visitors gather every day and the elephant enclosure, where you can watch the giants of the Asian jungles.
Park employees are proud of their success in the conservation of endangered bird species like red crane, Vietnamese pheasant, pigeon and duck pink Meller.

Location of the zoo - Riehler Str. 173, 50735 Koln, Germany. By public transport you can come here directly from the city center. From the Central Station in the park followed by a train of underground line 18, and from Ebertplatz - 140 bus route.
From March to October from the west wing of the Cologne Cathedral, every 30 minutes an express bus to the zoo.

The zoo is open 365 days of the year in Cologne. Opening hours of the park depend on the season:

Price of tickets depends on the day of the week, and time of the visit:

By purchasing a ticket, guests can see and the exposureaquarium. The right to have a child ticket visitors from 4 to 12 years. Toddlers up to 4 years old can visit the park free of charge. Holders of "Cologne Pass" cards get discounts when purchasing tickets to the zoo.
Amateur photos can be done without restrictions.

In the park you can celebrate a birthday, dine at one of the cafes and buy souvenirs in the numerous shops.

How to fly from Vladivostok to Moscow? Time ...

Coat of arms of Latvia: a photo, a value description