History of Hamburg. The base development, occurrence of Hamburg 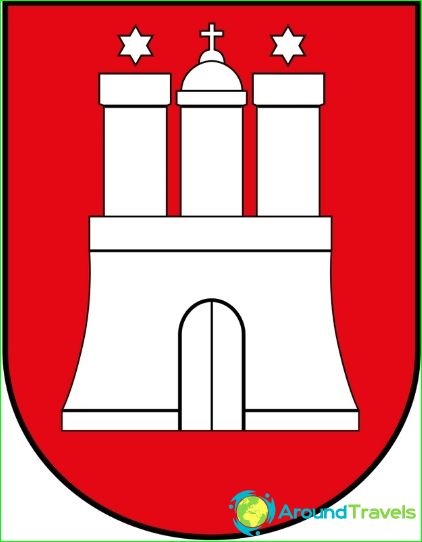 Hamburg (officially - the Free and Hanseatic City of Hamburg) - the second largest city in Germany and one of Europe's largest ports.

The story begins with the fortress of Hamburg"Hammaburg", built in the mouth of the river Alster by order of the emperor Charlemagne in the early 9th century. During its long history the city has repeatedly attacked various invaders (Vikings, Poles, Danes, French, etc.), some time was completely destroyed, I experienced the strongest fires and outbreaks of the plague, which claimed thousands of lives, but in spite of everything, to grow and develop.

In 1189, Emperor Frederick I Barbarossagiven the special status of the city and gave a number of trade and tax privileges, which actually served as a powerful impetus to the further development of Hamburg as one of the largest ports in Europe. Rapid economic growth has largely contributed, and concluded in 1241, the trade alliance with Lübeck and Hamburg, followed by entry into the Hanseatic League. In 1410 the first constitution was adopted in Hamburg year. By the beginning of the 16th century Hamburg greatly expanding its borders, and in 1510 officially gets the status of a free imperial city and, accordingly, the right to self-government. By the mid-16th century, Hamburg has become one of the largest marketplaces in Europe.

Not passed by Hamburg and coverage16th century Reformation Western and Central Europe. In 1529, the city officially adopted Lutheranism. The ensuing massive influx of refugees from the Protestant Netherlands and France, and then the Sephardic Jews from Portugal, significantly affected the increase in the population of Hamburg and cultural development of the city.

In 1806, after the collapse of the Holy RomanHamburg Empire retained their privileges and actually became a city-state, but in 1810 was occupied by Napoleon's troops. However, the board of the French, very negative impact on the economic development of the city, was short-lived. In 1814, Russian troops liberated Hamburg and the city regained its independence, the guarantee of which have been officially declared in 1815 at the Congress of Vienna. From 1814 to 1866 Hamburg was a member of the so-called German Confederation, from 1866 to 1871 - member of the North German Confederation, and from 1871 to 1918 - part of the German Empire and its main "sea gate". Its autonomous status of the city has managed to keep in the time of the Weimar Republic (1919-1933).

During World War II Hamburgrepeatedly bombed, as a result of which a considerable part of the city was destroyed. From 1945 to 1949 Hamburg was occupied by British troops, and then became part of the Federal Republic of Germany. "The Iron Curtain" is just 50 km to the east of Hamburg, certainly had a major impact on reducing the commercial attractiveness of the city and its role in world trade. A significant rise in the economic development of the city began after German unification in 1990.

Today, Hamburg is an important financial and industrial center of Germany, as well as a major transportation hub.

Airport Urumqi diagram photo. How to get ...

Airport in Ganja: diagram photo. How to get ...