Holidays in Germany in October 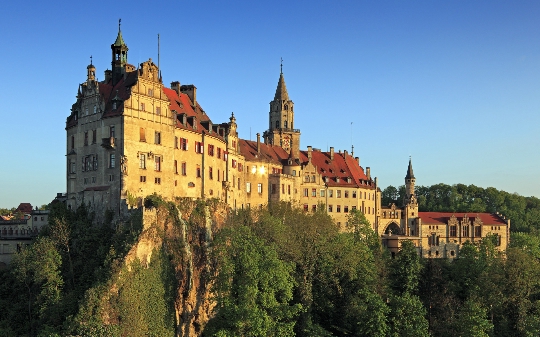 Like all the usual and familiar, thisWestern European country could completely different way to appear before the tourist. Especially if he is not very interested in traditional campaigns for beer bars (although there may be waiting for an amazing discovery), and seeks to know the traditions and secrets of the German way of life. For fans of delicious German beer the best pastime will stay in Germany in October, particularly in Munich, where in the midst of the famous Oktoberfest boundless.

Weather conditions in Germany in Octoberambiguous. In all regions, there is a fairly sharp decline in temperature, generally at 6-7 ° C. The average monthly daytime temperature in Leipzig and Cologne +14 ° C, Berlin and Dresden +13 ° C, overnight at 10 ° C cooler in each city.

The second half of October can bringSurprises like the first frost and chilly winds. Although, if properly prepared and dress warmly, you can get real pleasure from the golden age of German landscapes and dressed in all shades of red and yellow forests, parks.

Holidays in Germany in the second month of autumnconducive to study tours around the country, familiarity with the rich culture and history. But many prefer to combine cultural tourism with the treatment in the balneological health resorts.

The fact that the German medicine in terms of developmenta leader not only in Europe but also the world, a fact known to everyone. But try to imagine, according to many tourists, quite a different matter, and, as usual, are wrong.

You can not miss

Beer Festival in Munich, is a majorgastronomic and cultural event, the German is included in the compulsory program of many autumn tour groups, especially the male half. They are willing to sacrifice going to the famous Dresden Gallery, Berlin Wall without leaving his memorable recording, just to get to the most fun and delicious German holiday.

In addition to the actual tasting of different varietiesMunich beer, beer festival, participants can learn about the history of the holiday, take part in parades, pogorlanit daring German songs. Special show - the work of the German waitresses, they were both very nice with a dozen managed liter glasses of beer, which is out of their hands seem a hundred times tastier.