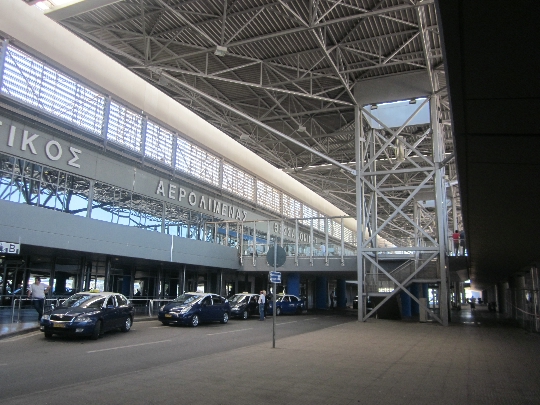 Located in the Balkans, Greece canboasting a large number of airports, including many international ones. Almost every island has the ability to accept or domestic flights, or aircraft from other countries, as the largest airport in Athens, Greece has in its schedule daily flights to Moscow. To get to the islands and beaches of Greece in the season is quite simple and direct charters from Krasnodar, Kazan, Perm and Rostov-on-Don, and at other times of the year - with a change in the capital. Travel time will be from 3.5 to 4 hours.

The international airports of Greece

In addition to the capital's international status it has several airports in Greece, which is often used by Russian explorers:

The international airport in the capital of Greece wasIt opened in 2001 year. Two of the terminal service flights several dozen airlines, including Russian "Aeroflot" and S7 Airlines. Fly to Athens can be as on the wings of many major European and global carriers, including - with French, Canadian, Brussels, Austrian, German, Chinese and American airlines.
Capital Airport Eleftherios Venizelos is home to a local company Aegean Airlines, to operate in dozens of countries, including Russia.
Transfer of passenger terminalscarried out on the subway, commuter trains and buses. Stops route buses 93, 95, 96, 97 are located between the arrival zone outputs 4 and 5 of the terminal. About an hour to take you to the central bus station of Athens, and several metro stations in the city.
Details are available on the site - www.aia.gr.

Portugal Kitchen: photos, dishes and recipes of the national ...