Holidays in Athens - the photo. Summer holiday in Athens 2015 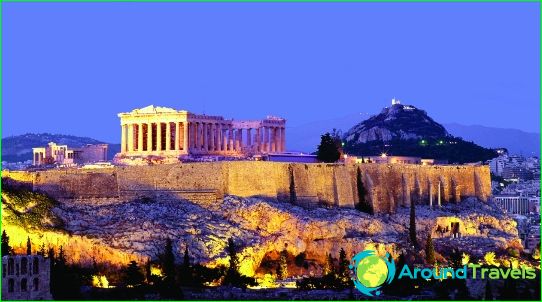 Holidays in Athens - a survey of historical sights and visit museums, rest on excellent beaches, committing bargains, the opportunity to plunge into the world of entertainment.

The main types of recreation in Athens

Prices for tours to Athens

The ideal time to travel to the Greek capitalconsidered April-May and September-October. Before heading to Athens, it should be borne in mind that during the high season (June-August, and during holidays), the cost of tours to the city increased by 1.5 times. If your plans include the acquisition of more profitable for the price of tours to Athens, go here in November and March. And to catch the comfortable swimming weather and at the same time to get tours at attractive prices, go on vacation in the Greek capital in the velvet season (September-October).

Do not deny yourself the pleasure and take a stroll through the city (in terms of safety, Athens - quiet town), besides there are many institutions, working around the clock.

If you decide to take a taxi,keep in mind that prices here are among the highest in Greece. And if you try to negotiate with the driver about the fare, and he could not give an exact amount, it is better to abandon the trip.

Photos of rest in Athens