Holidays in Greece in December 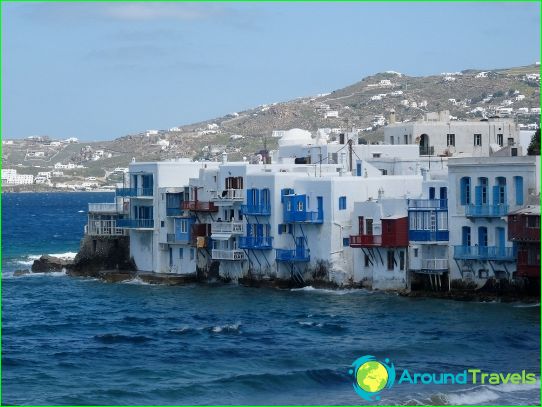 Greece in December, the weather is ready to please tourists who want to enjoy the excursion program, but not a beach holiday. This month, the Mediterranean winter begins.

Beginning of the month can treat a temperature of about+ 19C, but the second week markedly significant cooling and marked the beginning of the frequent rains, can feel the increased humidity (75%). At the same time the only place where snow can fall, are mountainous areas.

Weather in Greece in December

Despite the fact that the weather in Greece in December is not the most pleasant, Russian tourists can enjoy the warmth and rest from this winter.

Holidays and festivals in Greece in December

Holidays in Greece in December, is able to pleasefestive atmosphere. Since the beginning of the month are carried out activities aimed at preparing for the New Year and Christmas. Tourists can admire the ornate decoration of the city and trees in the main squares, after all this is the attributes of winter holidays.

December 31 all the inhabitants of Greece celebrate the New Year innoisy company in the best restaurants, decorated squares. In Greece, on New Year's decided to share the camera down, which are skewers with citrus fruits, apples, figs, and candy, and the top should be a candle symbolizing light and hope. Especially interesting is the following custom: at midnight, the landlord must go outside and break the wall pomegranate. It is believed that the year will be happy if the garnet grains scatter all over the yard. After that, all family members should dip his fingers in honey and lick them.

Travel to Greece allow you to feel the atmosphere of fairy tales and learn about the extraordinary New Year's traditions.

Sweden Flag photo, history, the value of the state flowers ...

Where better to relax in Austria. Where to go ...