Home>Articles about Greece>How to fly from Rhodes to Moscow? Time of flight Rhodes - Moscow

How to fly from Rhodes to Moscow? Time of flight Rhodes - Moscow

How to fly from Rhodes to Moscow? 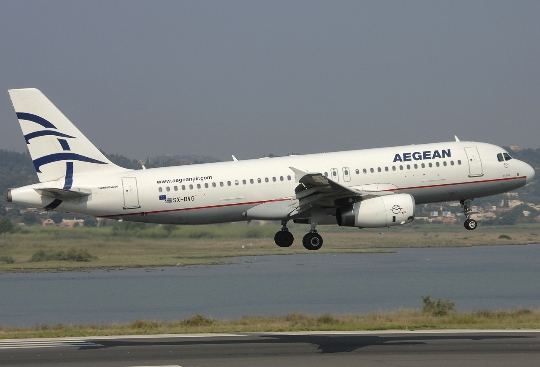 In Rhodes, you could walk along the street of the KnightsSaint John, view the Church of Our Lady of Chora, the temple of Aphrodite, the Byzantine churches, temples, ruins of Pallas Athena and Zeus polneem, go on an excursion to the Valley of Butterflies, have fun "CLOBar - Club" in a nightclub, to see octopus, turtles, shellfish and stuffed marine animals and plants at the Museum of underwater flora and fauna in the local Aquarium? A couple of days you will fly to Moscow?

How to fly from Rhodes to Moscow (direct flight)?

The way to Rhodes to Moscow will be overcome in approximately 3.5 hours (distance 2260 km). Thus, the plane belonging to "Transaero" will carry out the landing in "Vnukovo" after 3 hours and 55 minutes after takeoff.

You are going to find out the cost of the air ticketRhodes to Moscow? You will be notified that his approximate price of 14100 rubles. But if you want to save money and you can buy it for 5700 rubles (prices are encouraging travelers in March and October).

Connecting flights will extend your trip to 6-27hours (you will fly back home, making a stop in Thessaloniki, Helsinki, Heraklion, Vienna and other cities). "UralAirlines" will offer you seats in Bergamo (in "Domodedovo", you will find yourself through 18.5 hours, and up to 2 landing you will have free 10.5 hours), "Niki" - in Vienna (in anticipation of you spend 20 hours, self homecoming takes 27.5 hours), "Air Berlin" and "S7" - in Düsseldorf (on the road will take 21 hours, of which you will spend 12 hours for dock), "Finnair" - Helsinki (you will land in the "Sheremetyevo "after 23.5 hours, 16 hours will be spent from them on the dock).

By choosing the carrier, take a look at the followingcompanies flying on Boeing 747-400, AirbusA 321, Boeing 737-800 aircraft and other: "Olympic Airways"; "Aegean Airlines"; "Transaero"; "Condor Airlines".

Fly from Rhodes to Moscow for travelersoffer from Diagoras Airport (RHO) - it is located 15 km from the island's capital. Although there is a bit of dining options, but here you will be able to stay one's stomach, ordered in a cafe snacks. In addition, the airport has a waiting room Superior, rooms for mothers with children hanging out, ATMs. Since there are no places for smoking, the smokers will refrain from their habit.

What to do in flight?

The flight will not be superfluous to think about souvenirs(Woolen carpets, Rhodes Lace, painted pottery, Rhodes wine, local honey with the scent of wild herbs and flowers, olive oil, fur and leather products as handbags, sandals, various belts and woven bracelets, cosmetics "Korres", natural sea sponges, ancient coins), purchased in Rhodes - or rather about who and what these gifts to present.

Oman Flag photo, history, the value of the state flowers ...