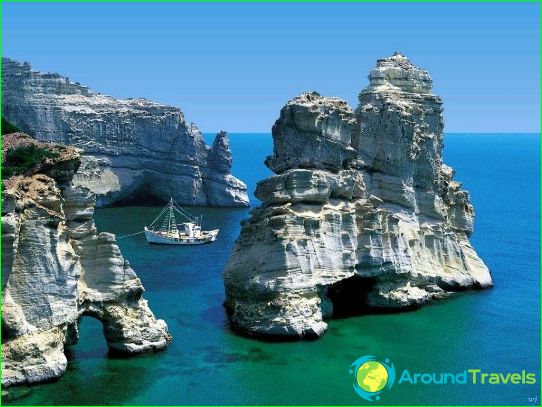 Greece - one of the most attractive countries in Europe, which has a rich history and ancient sights. What Greek province deserve special attention of tourists?

Attica is the south-eastern region of CentralGreece. This area connects the Balkan Peninsula and Archipelago. The composition of Attica includes Athens, capital of Greece. In the center of Athens located Lycabettus Hill and the Acropolis hill, on which the Parthenon and ancient temples. It should be noted that in Athens more than 250 museum centers, galleries, and the most famous are the National Archaeological Museum, the Byzantine Museum, Benaki Museum, Ancient Agora of Athens, Goulandris Museum of Natural History, Museum of Greek Folk Musical Instruments. Use the unique chance of interesting pastime.

Central Macedonia is an administrativean area that is located in the north of Greece. One of the most important cities is Thessaloniki, which attracts tourists. How can this be explained?

Thessaly is a historical region of Greece,which is located on the Aegean coast. Central Greece is an administrative region, located in the center of the state. If you decide to come here, special attention deserves the city Larissa, the birthplace of the hero Achilles and the father of medicine Hippocrates.

Crete is the administrative districtGreece, which is located in the eponymous island. The capital Heraklion is named in honor of the hero Heracles. History Heraklion began more than 2,000 years ago.

Greece - an ancient European state, which attracts tourists the unique history and culture.

Holidays in Morocco in August: prices and ...