Home>Articles about Greece>Taxis in Greece - price, order. How much is a taxi in Greece

Taxis in Greece - price, order. How much is a taxi in Greece 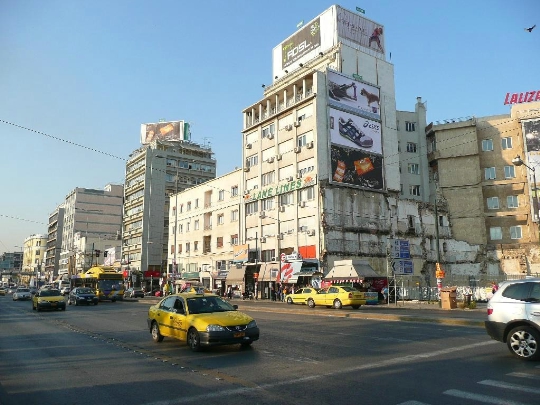 Modern Hellas becomes morepopular with millions of tourists from East European countries. There are all conditions for recreation, treatment and shopping. A taxi in Greece is able to take care for almost instantaneous delivery of visitors of the country in the right place.

Are there any differences?

Have meters for the Greek taxis - a common practice. In order to use this mode of transport, you can:

Greek taxi drivers are not much different from their counterparts in other countries of the world. Rare driver refuses the possibility to earn a tourist, not knowing the local rules and prices.

The same feature also applies to travel fromAirport, as guest country, had just arrived, absolutely not versed in prices. Sometimes thirty-minute trip from the airport to the city center can cost 40 EUR. How to assure the drivers, the cost of travel to include not only the mileage, but the toll, the cost of luggage, landing charge and VAT.

The second negative feature (not just Greek taxi drivers) - the ability to carry a guest in a circle or a complex route to increase travel time and kilometers, respectively, to earn more money.

Knowing that the work of the local taxi drivers causeda lot of complaints from the Greek guests, which reduced the tourist image, the authorities went on to establish the same tariffs for basic services for all services involved in carrying. Now tourists can navigate around, where, how much and for what the taxi driver to take him the money. In addition to mileage, boarding and baggage is to prepare money for extra luggage.

In general, tourists say that the cost of travel on local taxis is relatively small, especially in comparison with their colleagues from other Western European countries.

There are special services that youmonitor the work of taxis and punish unscrupulous Greek drivers. At any tourist when it detects any injustice, for example, the rate of overstatement or "winding" kilometers, there is always the opportunity to record the vehicle number and complain to the tourist police, which tries to keep track of cases of careless attitude to guests of Greece.