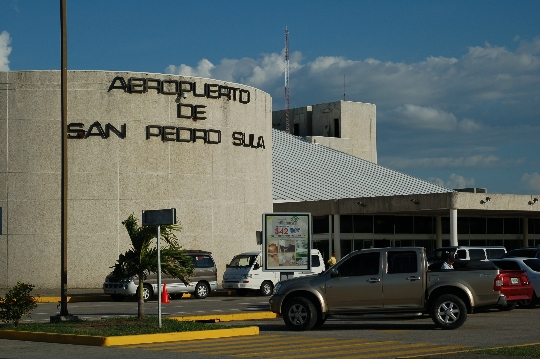 The small Central American stateIt has access to two oceans, and has the potential to become one of the priority areas for beach tourism in the region. Airports Honduras today ready to receive guests from different countries, despite the reputation of one of the most difficult to take off and landing in the world.

The two countries have the status of international airport:

Tegucigalpa Airport is situated at a height of nearlymore than one kilometer above sea level. His "Vzletka" in 2009 had a total length of 1863 meters in length, making takeoffs and landings in the air harbor extremely dangerous. In 2012, the reconstruction of the airfield were completed, and today the runway length is more than 2 km.
The newly constructed passenger terminal of the airportToncontin has a post office and exchange office, several restaurants and duty free shops. In the arrivals area, you can rent a car or book a taxi transfer to the city.
Arrivals and departures from this air harbor accompanied by the levying of airport charges - at entry and departure of foreign citizens have to pay the equivalent of about $ 40.
Airlines with flights to Toncontin - carriers is the Western Hemisphere:

Russian travelers can get in on the wings of Tegucigalpa flights with connections in the United States (with a visa) or through Cuba, and then - Panama. Travel time is not less than 18 hours.

On a Caribbean beach

Relax on the beaches of Honduras practiced mostly Canadian citizens. They use the airport in Honduras a couple of kilometers south of the city of La Ceiba on the Caribbean coast.
This board Sunwing Airlines flying from Montreal, as well as aircraft from the Cayman Islands, Belize, Mexico, El Salvador and Honduras cities.
Airport transfers can be arranged for a taxi to the chosen hotel or order a bus from the hotel itself.