Articles on Hong Kong
by Jesse

The streets of Hong Kong 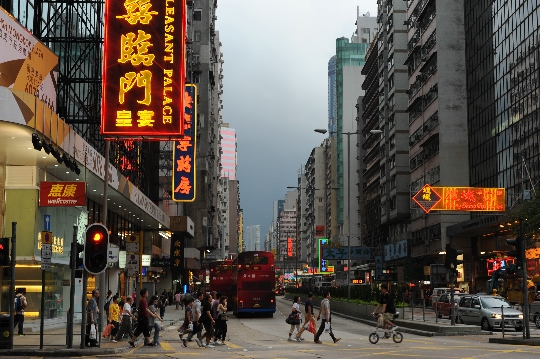 Amazing metropolis Hong Kong - almosta separate state with its own traditions and characteristics. It is isolated geographically from other regions of China thanks to an interesting location - on a large peninsula and numerous islands. The streets of Hong Kong are decorated in European style. This is because the city has long been considered a British colony. Despite the influence of Europe, it is dominated by the oriental style, and skyscrapers blend with winding streets.

Hong Kong is the domain of the East. Today he performs certain administrative regions of China. It is inhabited by people of different nationalities, the standard of living which is regarded as one of the highest in Asia. Among them are Thais, Japanese, Koreans, Malays, Chinese, English and others. Today, the city is decorated with 112 very high buildings. The area of ​​Hong Kong is approximately 1,100 square meters. m. It occupies the Kowloon Peninsula, Hong Kong Island, New Territories.

The city has many picturesque places. The most popular area is the Tsim Sha Tsui (Kowloon South). Many tourists prefer to stay there. The main highway in this part of town - Nathan or "Golden Mile". Streets attracts prestigious shops, restaurants, hotels. The northern part of the island - it is a central area, which focuses financial life of Hong Kong. Here it is dominated by middle-class population. Property in Central region is highly appreciated. One square meter there can cost about 70 thousand dollars. In the south of the island is located the elite real estate. There lie the golden beaches. The most scenic areas of the city: the Western, Wan Chai, North Point, Causeway Bay.

The main streets of Hong Kong are in hiscentral part. These include Queens Road and Konaut Road. Along the streets of Queens Road are a large number of wonderful shops. Another famous street district Central - Hollywood Road. Filming, which took place here, have made it popular. Hollywood Road is famous for its antique shops, which have anything: porcelain, Tibetan rugs, statues, religious and other attributes.

Downtown skyscrapers and famousshopping centers. The main shopping centers are:. "Galleria", "Landmark", "Alexandra House", etc. In these trade centers, boutiques represented different brands and exclusive brands. Several streets of the central district are popular with fans of nightlife. Every night they are closed to motorists and become completely pedestrian.

How to fly from Nalchik to Moscow? Time ...