Home>Articles on Hong Kong>The suburbs of Hong Kong - a photo, what to see

The suburbs of Hong Kong - a photo, what to see 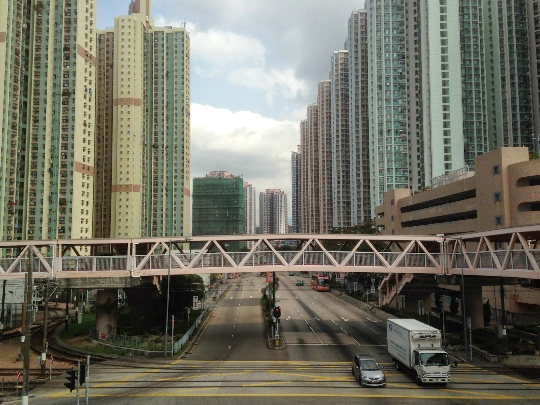 Hong Kong - a special administrative regionChina, which in combination with one of the leading financial centers not only Asia, but also the entire planet. The three main parts of the vast metropolis - is the Hong Kong Island, Kowloon peninsular and 260 islands of the New Territories. All parts and suburbs of Hong Kong are linked to excellent transport links, and therefore a large part of the inhabitants of the metropolis only come to the center to work, preferring the cheaper apartments in the neighborhood.

Big Island of Lantau as part of Hong Kong's famousInternational Airport, to which the high mountain looks enormous bronze Buddha. His statue near the Po Lin Monastery has a 34-meter height, and to rise to its feet, it is necessary to overcome the 268 steps of stairs. Buddha - the subject of pilgrimage not only monks, but also tourists, and its solid sizes up to 2007 allowed the statue in the suburbs of Hong Kong to be the largest bronze Buddha in the world.
Hong Kong Airport - do not lower spotSight. It was built in just six years on an artificial island, is poured specifically for this purpose. The Guinness Book of Records after the opening of the Hong Kong Terminal there was a record of the most expensive airport project in the history of mankind.

In crowded but not mad

This suburb of Hong Kong - the most populous inworld island. The population density here is over 60 thousand people per square kilometer. Once Ap Lei Chau served as a shelter for ships during the frequent typhoons, and its inhabitants are engaged in fishing craft. First Opium War and its aftermath led to significant changes in the political map of the region, and the suburbs of Hong Kong moved to the center, along with the British Empire.
Ap Lei Chau main attractions - the magnificent parks and gardens of the island. Arrange the promenade you can on any of the waterfront - panoramic views of the metropolis offering great.

Lamma Island - popular among fans of beachleisure and entertainment quiet suburb of Hong Kong. The main vehicle through its streets - a bicycle, and the numerous coastal bays - rent a boat. Beaches on Lamme stretched almost fifteen kilometers, and therefore choose solitary or, on the contrary, crowded place to relax here easily without much difficulty.
For active and sports on the beaches have the opportunity to take yachting and play in perfect English lawns of squash or cricket.

Cuban Flag photo, history, the value of the state flowers ...