Home>Articles on Hong Kong>Tourism in Hong Kong - the development, photo 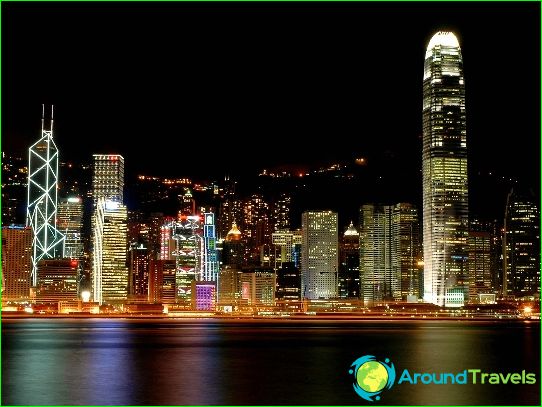 China occupies a vast territory in the Asian part of the continent, has huge potential for tourism. But there is in this country specific regions, the most attractive for travelers.

The dream of many is tourism in Hong Kong,Special Administrative Region of the great country. It consists of the island of the same name, the mainland, as well as more than two hundred islands in the South China Sea.

Shopping in China in this area including favoriteOccupation tourists it even ranked among the local attractions. Shopaholic here have complicated ordinary tourists, as too many temptations, democratic prices for shopping centers, luxury boutiques and a million street markets, where all at bargain prices.

Among the most expensive gift from Hong Kong -diamonds, precious stones (their prices are lower than in Europe). The second most popular tea holds, but it is not all familiar, green and fermented. It is sold in the form of round pancakes, his feature - over the years it changes the taste and becomes richer.

As tourists here at any time of the yearsee a huge quantity, and hotel infrastructure is represented quite well. You can find accommodation in taste and price. The exceptions are two months of the year - in April and October, when Hong Kong will be held major exhibitions with international participation. Reserve well in advance to avoid such problems.

Great Buddha and other attractions

Visit the biggest seated Buddha monument, which is made of bronze - a mandatory item of the program of any Hong Kong visitor, whether he arrived as tourists or on business.

The second meeting point of curious visitors - BayOtpor, which is considered the most beautiful place in the region. In shape it resembles a crescent, locals and tourists come to admire not only the terrain, but also swim and sunbathe on the most beautiful beach.

His Hollywood in Hong Kong

Avenue of Stars - another favorite tourist destination. This is a tribute to local film workers, who became world-famous. can be found on this street:

Avenue of Stars - it is not only the beauty and memory, but also an example to follow, which is followed by thousands of young people hoping to win not only his native Hong Kong, but the whole world.

How to fly from Havana to Moscow? Time ...