Shops and markets in Budapest 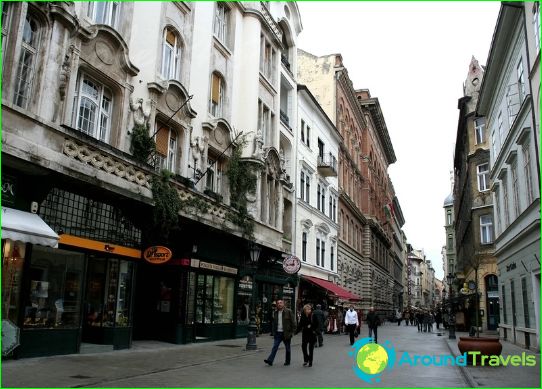 In recent years, Budapest has undergone rapiddevelopment of trade, there were shops of famous international brands, shopping centers. Although many tourists say that the shops in Budapest are often trimmed collection and model they are not for the current season, indulge in jogging shopping is not worth it. Six major Budapest markets continue to attract customers fresh products and all sorts of Hungarian delicacies. A vintage lovers do not need to talk about the benefits of Budapest antique shops and flea markets.

The most famous shopping area of ​​the city - it is hispedestrian mall - Vaci Street and extending perpendicularly from its streets. The northern part of Vaci utca starts from Vörösmarty Square, extending to the Elizabeth Bridge and beyond its southern part ends in the central market.

It seems that in Hungary do not throw things, even after they have served their time, or their owners are tired. Otherwise, where such a variety of antique shops and flea markets?

Dining in Malta. Prices for food at ...