Home>Articles about Hungary>Articles on Budapest>Budapest Zoo - photos, price, hours of work. How to get to the zoo in Budapest

Budapest Zoo - photos, price, hours of work. How to get to the zoo in Budapest 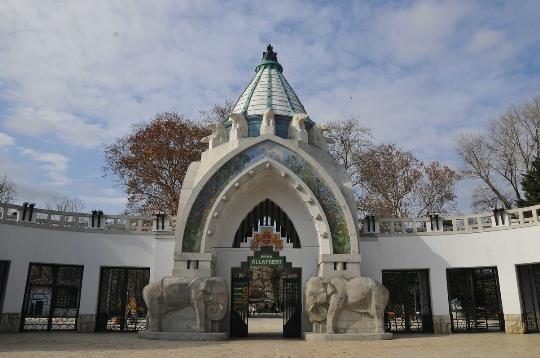 Opened in 1866, the zoo in Budapestat first a little surprised the visitors - his lodgers were only familiar to Europeans animals. Elzbieta Empress, was keenly interested in the affairs of the zoo decided to rectify the situation, and its efforts giraffe first appeared in the park. Austro-Hungarian Emperor Franz Joseph did not remain on the sidelines and three dozen exotic animals arrived soon take up permanent residence in the menagerie of the Hungarian capital.

Full name of Budapest Zoo includesthemselves and mention of the Botanical Garden. In addition to hundreds of species of animals on its territory are a variety of plants found on all inhabited continents.
Palm Pavilion is alternating withclimatic zones of the planet Earth and shows the atmosphere of the Amazon jungle and Australian deserts, tundra and polar humid African forests. Walking through the pavilion can be free, while contact with the colorful butterflies, birds and tiny monkeys are delighted both children and their parents.

Zoo workers in Budapest are particularly proudJapanese bonsai garden and the aquarium, which recreates the atmosphere of the coral reef. Kids like to stroke these rays, which began during the stay in the new aquarium quite tame.

Opens Budapest Zoo in 0900, but the schedule of closing depends on the time of year and day of the week:

The box office do not work for an hour before the closing of the park. 24 and 31 December last visitors leave the zoo in 13.00.
The price of a ticket depends on the age of the guests:

To reaffirm the right to benefits, you should carry a document with a photo. Children under 14 unaccompanied by an adult to the zoo is not allowed.

Free parking is available on site at the zoo is not great, and find a place can be difficult. Are kindly requested to use the parking area in the southern part of the Heroes' Square near the zoo.
Official Site - www.zoobudapest.com.
Inquiries by phone +36 1273 4900.

Bus tours to Crimea. The cost of bus tours ...