Home>Articles about Hungary>The coat of arms of Hungary: the photo, value, description

The coat of arms of Hungary 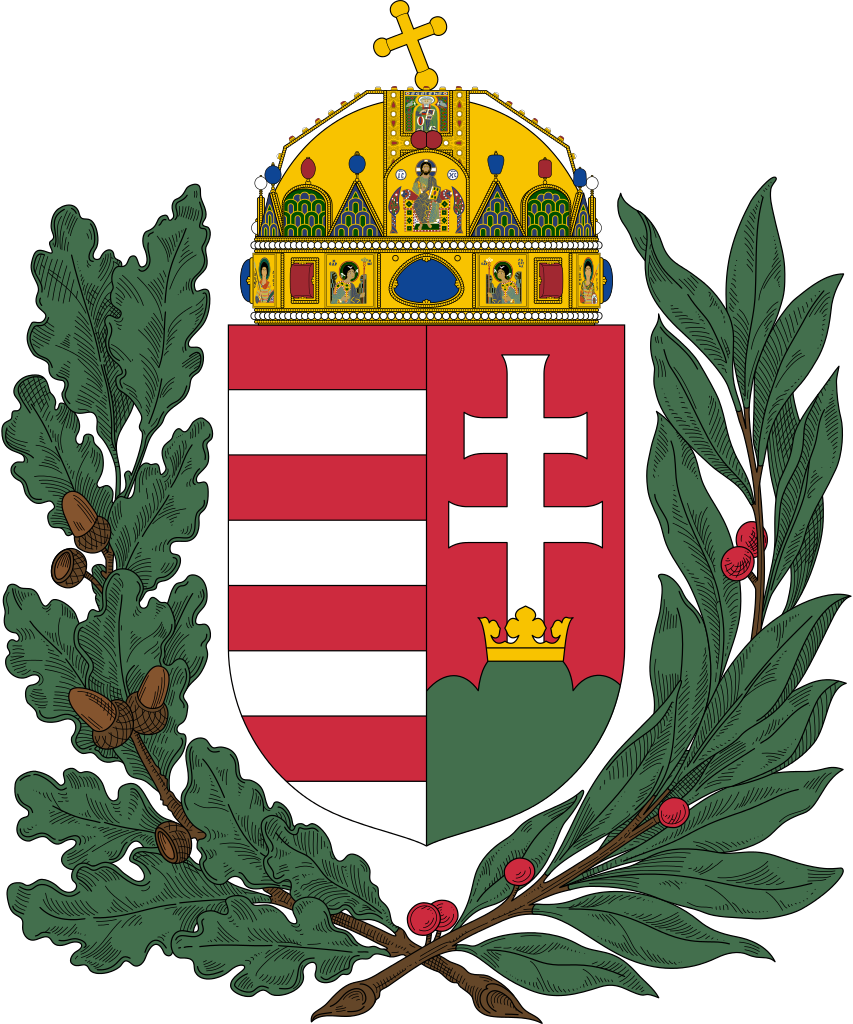 The small European country that hasa long, complex and complicated story, is the heir of the great empire. Hungary Coat reflects some great last page, the characters present in the image belong to the great political and cultural figures of the country.

The main official symbol of the Hungarian approved 3July 1990 he was a member of the board, crowning him the crown of St. Stephen. The most important elements of the heraldic shield of the European powers are patriarchal cross silver and gripping the ends; gold Crown; Green mountain peak triceps.

In addition, the Hungarian coat of arms shield is divided into twoportions different color. The left side (to the viewer from the point of view it is heraldry right part) consists of seven horizontal strips scarlet and silver, which are often depicted as red and white stripes. The right side is completely painted in scarlet color on the background of the cross is depicted resting on the crown, which, in turn, is crowned the hill.

Scarlet and silver stripes painted onmodern coat of arms of Hungary, received such a name. It is associated with Arpad dynasty, which ruled the representatives of the territories at the end of IX - beginning XIV centuries. And though these times are long gone, so-called Arpad stripes are well positioned in the Hungarian Heraldry. They were used in the private and public symbols for centuries.

Another, not less ancient symbol,depicted on the coat of arms of Hungary, it is a double patriarchal cross. For a long time it was thought that he had received from Sylvester II of, the pope, Prince Istvan, who ruled the country with 997 years. Subsequently he was canonized, and during his lifetime was titled as the Apostolic King of Hungary. This title gave him the right to not only secular, but spiritual power, the spread of the Catholic faith.

Such coat was already present in the historyHungary, and more recently, from 1946 to 1949. This is the symbol adopted country after the liberation from Nazi invaders. It also called Kossuth coat of arms, and the main difference was the absence of a crown and a shield shape, reminiscent of a Polish shield.

Unfortunately, in 1949 an independentthe state, which has become the Hungarian People's Republic, changed the coat of arms in accordance with the instructions of the Soviet leadership. In 1989, one of the first re-entered Hungary on an independent path, and the first step was the return of historical characters.