Articles about Delhi
by Tori 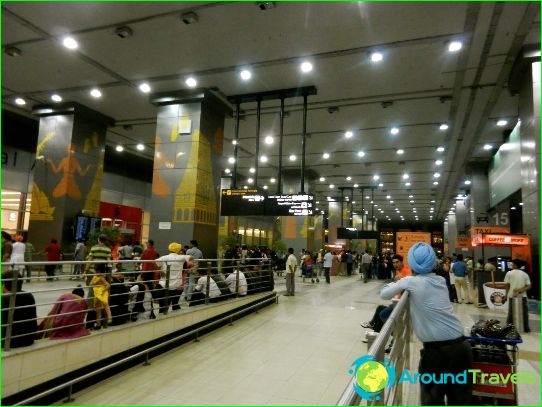 Delhi Airport is named after Indira Gandhi, the former Prime Minister of India. It is the largest air unit in the country, flying to Russia, Europe and America.

The fastest way to travel isMetro. In order to unite the city and the airport in New Delhi a special line, which run high-speed trains was built. The cheapest and most common form of transport are buses running between the terminal building and the city center. In addition, Indian buses are considered the most environmental friendly city state. However, be aware that the buses are usually much always filled, and this may create some inconvenience for travelers.

To visitors and passengers feelconvenient to check-in at the airport work round the clock storage. Not far from it is the service desk and the company carries out packing luggage in a special protective film that helps prevent things from unexpected pollution or damage to the road. Packing takes about a minute, but it guarantees the safety of baggage throughout the entire transport.

On the territory of the terminal are cafesfast food, coffee shops and restaurants where one can spend a pleasant time with a cup of tea or coffee and a snack before the flight. The airport terminals operate bank branches and ATMs, currency exchange offices and a post office. In addition, on the first floor there is a first aid station and a pharmacy. town Air Station offers waiting rooms of different comfort level, where you can spend time waiting for the flight landed.

The terminal for pilgrims

For those who are annually sent to the hajj,It operates a single terminal. All flights to the Middle East made through him, to the flow of the faithful is not intersected with passengers often have another religion.