Articles about Delhi
by Kristian 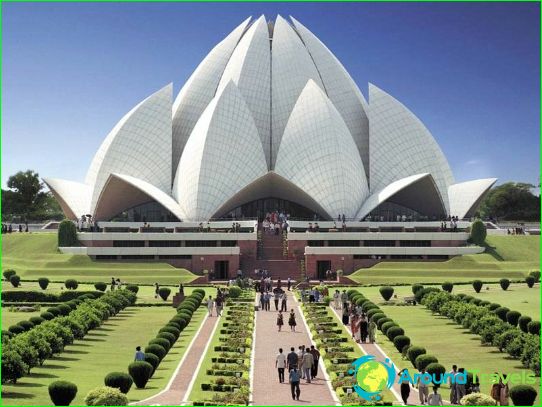 If you want to understand what is the difference between Delhi andNew Delhi, you definitely need to visit the Indian capital. In fact, it is one and the same city, but that's a historical part of it, called New Delhi, was built mostly in the XVII century, while the "new town" built in the side of it, and already in 1920. However, the almost century-old history of Delhi - the capital of the modern India - also left its mark on the general history of one of the oldest countries in the world. Therefore, it makes sense to visit two trips to Delhi - the old and the new city.

The most famous in the "old" Delhi Red Fort. Its walls are built of red sandstone. This octagonal fortress surrounded by a moat, dating back to the Mughal dynasty. Now here is a museum with interesting exhibits. What is the so-called "peacock" royal throne made of pure gold inlaid with numerous sapphires, diamonds and emeralds. Preserved here and musical instruments: cymbals, oboes. The Forte opened a museum of paintings, archeology and Memorial. Works and indoor market selling souvenirs.

The most grandiose mosque of India is also in theOld Delhi. Her name is Jami Masjid. Year of construction - 1658 minutes. It is made of red sandstone and white marble. It has four towers, two minarets and three large gates.

In New Delhi, too, is something to see. This landscaped area, full of picturesque boulevards, with many historical monuments and with its sights. Sightseeing tours in Delhi often include a list of interesting places:

At the National Museum you will see rare exhibitsand unique collections. This unusual terracotta figurines, as well as a collection of jewelry and antique weapons. Here are the tribal mask and fragments of frescoes, perfectly preserved since ancient times. The centerpiece of the exhibition devoted to the Buddhist collection, which is the main relic of Gautama Buddha's ashes, stored in a golden sarcophagus.

In the Museum of crafts and handicrafts Indiapresented handmade products. This ceramics and textiles, handicrafts made of wood and household utensils. It employs artisans, who are happy to show their own skills. They were engaged in their works in the yard of the museum, using traditional technology. These handicrafts can be purchased at the memory.

Airport in Miami diagram photo. How to get ...