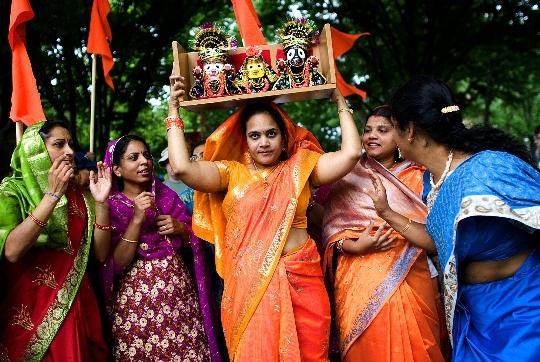 Absolutely exotic India unusual throughout. Here, a special kitchen and its concept of sanitation, amazing colors and unusual nature. In the streets of its cities easily roam elephants and monkeys, and holiday or wedding traditions of India to conquer absolutely any visitor with its brightness and fabulous atmosphere. Going into a far country, it is best to be aware of local customs, to the relationship with the local people evolved positively and favorably.

One of the ancient traditions of India, is the divisioncaste. They are a group of people who have special customs, way of life, the rules of conduct and even the opportunity to live and work. Wedding traditions are closely linked to caste and to marry a representative of another caste is still very problematic.
The bride and groom choose the parents, they are alsonegotiate the dowry and other conditions of the ceremony. Typically it pays for everything the bride's father, and, when you consider that in the Indian wedding attended by at least five hundred guests, the birth of a girl here - it is a disadvantage. Related to this is another tradition of India, which is rather a law: the doctor has the right to inform prospective parents the child's sex, to those not tempted to get rid of the unborn daughter.