Home>Articles on Indonesia>The coat of arms of Indonesia: a photo, a value description

The coat of arms of Indonesia: a photo, a value description

The coat of arms of Indonesia 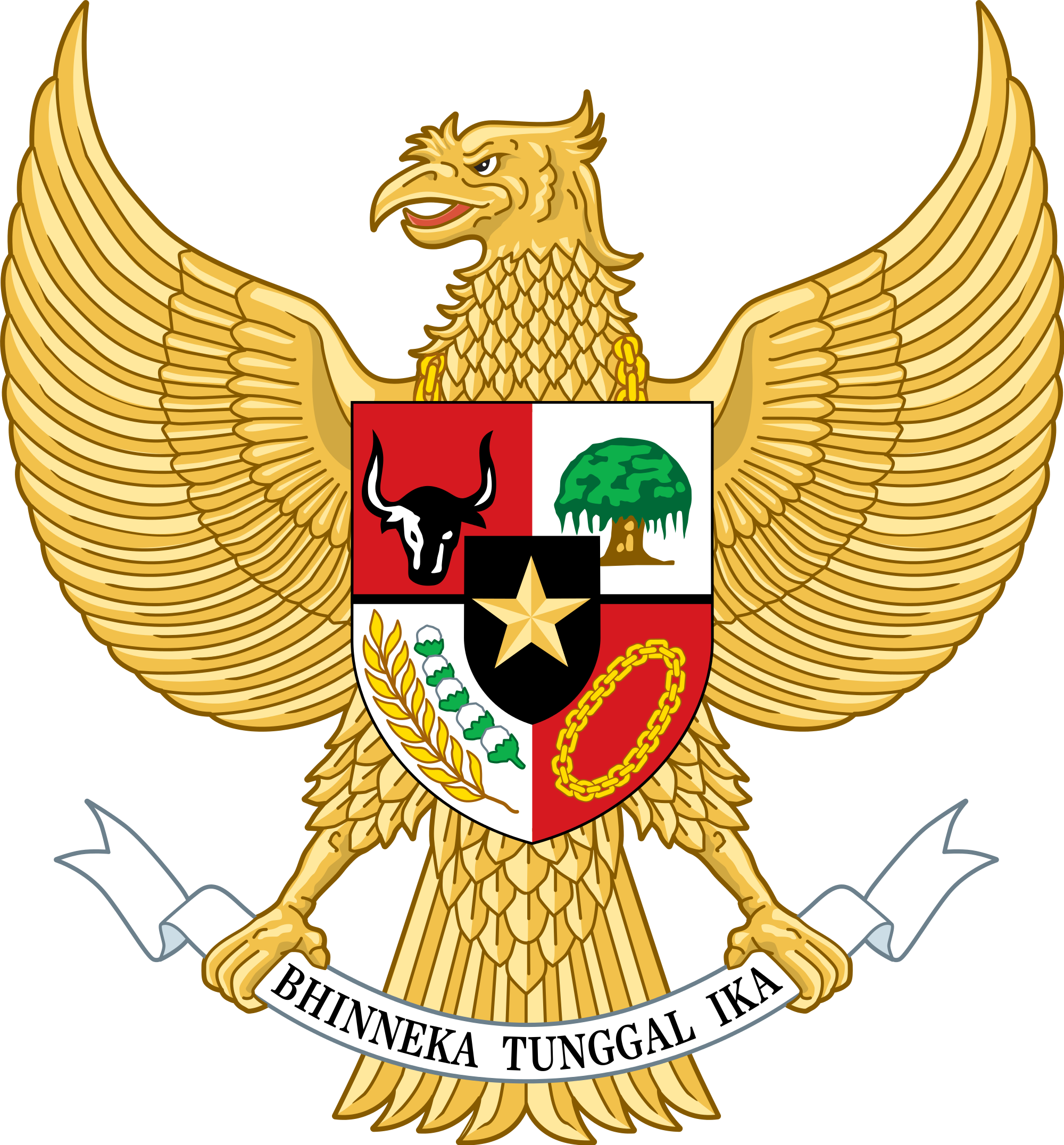 The symbol of Garuda

Garuda - a golden eagle, which is drawn from the imagemythology. It is a chimera with the wings, beak and talons the eagle, but with a human torso and arms. Garuda in mythology is rideable bird of Vishnu. Figure of Garuda there in many temples in Indonesia.

Shield on the coat of arms of Indonesia has four parts. At the heart of the shield is a small shield. It has several parts. Red part of a bull's head. Wood with a natural color, which has a green crown, also on a silver field. On a silver field is escaping rice with cotton. Displayed on a red background of gold chain. Parts of the shield separates the strip of black color as the equator divides the earth into two parts. All elements of the emblem represent the five components of the philosophy of Pancasila.

Bull - symbol of democracy and reasonable policystate. It is a social animal, taking care of all the people living in this country. Star - symbol of faith in the one God. The fact that it is on a black background, represents Islam - a major religion in Indonesia. The star is also a symbol of the secular state. The tree symbolizes the unity of Indonesia, despite the fact that it consists of many nations. Rice and cotton symbolize social justice, and the chain - humanity fair state.