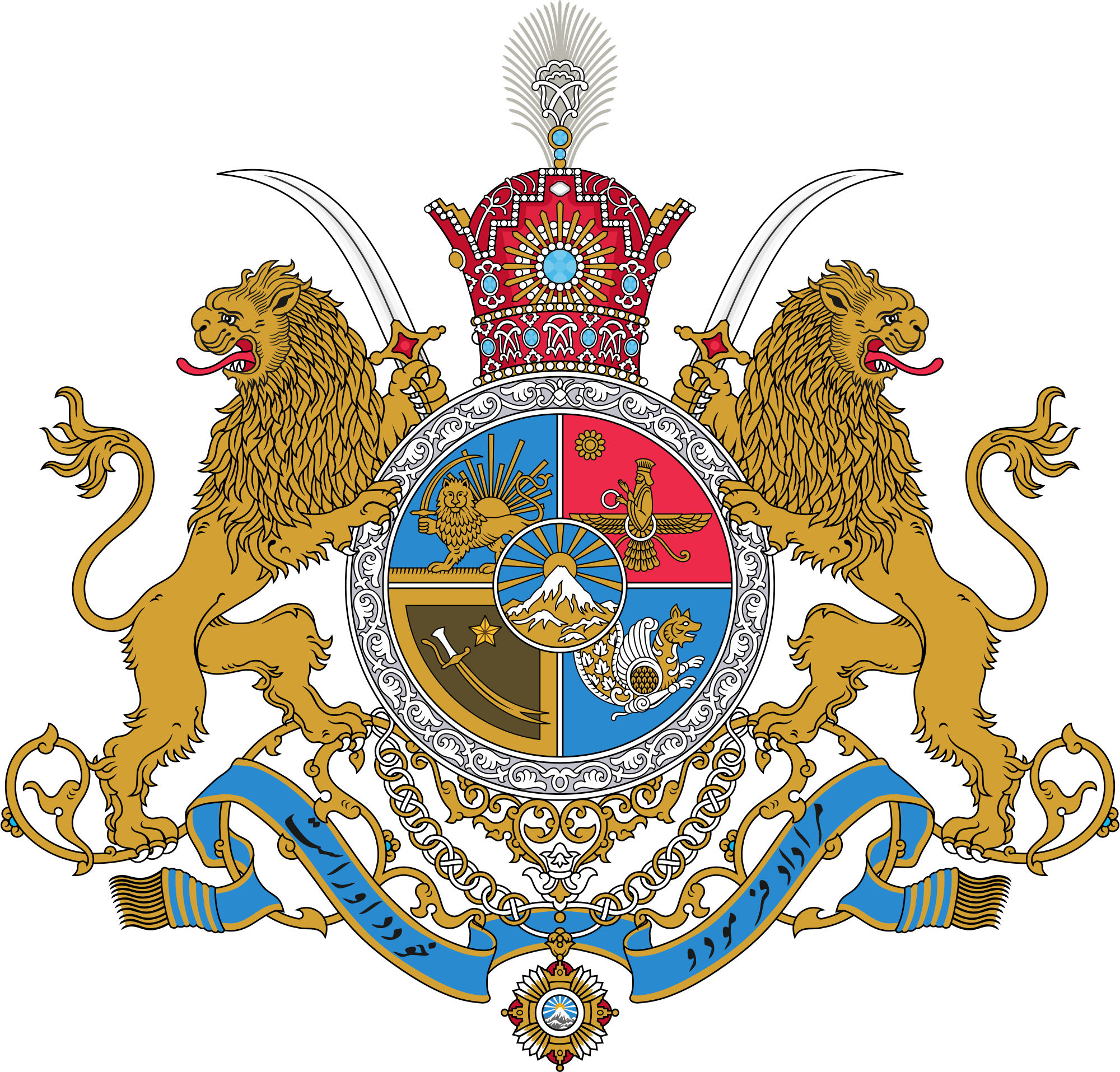 Heraldic symbols of Iran is closely connected withthe history and culture of this country. Coat of arms of Iran in its present form is very different from his dynastic predecessors, but still remains the heir to the Iranian mentality and way of thinking. He came to power in 1925 by the Pahlavi dynasty made minor changes in the dynastic emblem adopted in those days in the imperial Iran. The new logo was approved in 1980, it has become a symbol of dynastic Iran fall, symbol of new life - a life without the emperor, but in close association with Islam.

It is the modern name is Iraniancoat of arms. Translated into Russian the name sounds like "the sword and the scales." Home Iranian emblem - a symmetrical image in the center of which is a stylized drawing of a two-edged sword. To the left and right of it you can see the two crescent. Center of symmetry in this case is just Shamshir - a double-edged sword. The strength of this sword was known in the ancient world, but in the arms of his strength doubled Shaddaa symbol depicted on the sword, and reminiscent of the English letter 'W.

This coat of arms was designed in Khadim Nadimiabstract schematic form. If you look at it, it is somewhat similar to the assembled tulip bud. In a sense, the main emblem of Iran recalled the long-standing tradition. According to his grave every fallen warrior who defended Iran, growing tulips. Thus the coat of arms is associated with the history of the Iranian people.

"Shamshir and Edole" - a symbol of the worship of Allah. Needless mark logo in the stylized shape of a Arab-Persian word "Allah". At the same time four crescent and sword are long-time mapping of the Islamic Creed, which states that there is no other god but Allah. In addition, the very emblem of the claims five main pillars of Islam: monotheism; prayer; fast; alms; Hajj.

On the other hand the modern coat of arms of Iran hasthe value of the law, supreme justice. It sees extreme forms of these institutions in society as the avenging hand of a two-edged law, as well as a just solution to the wise.

The color of the emblem is not installed, and therefore"Shamshir and Edole" can be painted in red, green or black color. For example, the coat of arms depicted on the flag of Iran in red. It has long been the color was of particular importance for the Iranian society. For example, red was associated with the warriors, and green - the culture of farmers.