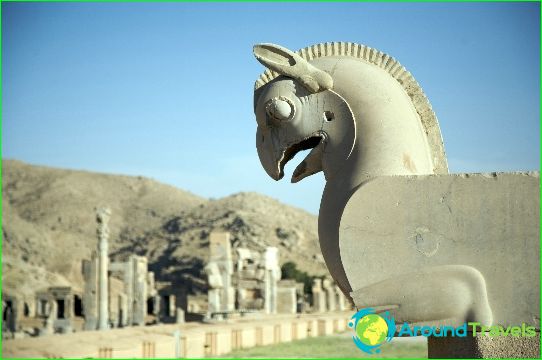 Written sources are entitled to assume thathistory of Iran has no less than five thousand years. It was on this earth was located was once famous Persia, familiar to all oriental tales. A key role in the region, the state played since the days of the kingdom of the Medes and the Iranian culture has become one of the most unique and significant in the Middle East.
Islamic state, Iran is subject to the requirements of the Muslim religion in all. It was Islam dictates the rules of conduct and standards of architectural subjects for painting and music styles.

In Iranian culture, architecture has always playedmarkedly important role. Luxury Persian palaces and the whole fairy-tale town preserved in the territory of the Islamic Republic of Iran. Many of them became the objects of the World Heritage List:

At the same table

Iranian cuisine - is also part of the local culture,to meet which can be in any cafe or restaurant. Experts recommend independent travel there on a visit to an Iranian home to enjoy authentic cuisine whose main menu make flavorful dishes of vegetables, lamb, vegetables and freshly baked bread. Chief Iranian drink - tea. The process of preparing and drinking is becoming a real ritual, the subtleties of which are transmitted from generation to generation.

Activities in Indonesia in September: price ...