Home>Articles about Iraq>Coat of arms of Iraq: photo, value, description

Coat of arms of Iraq 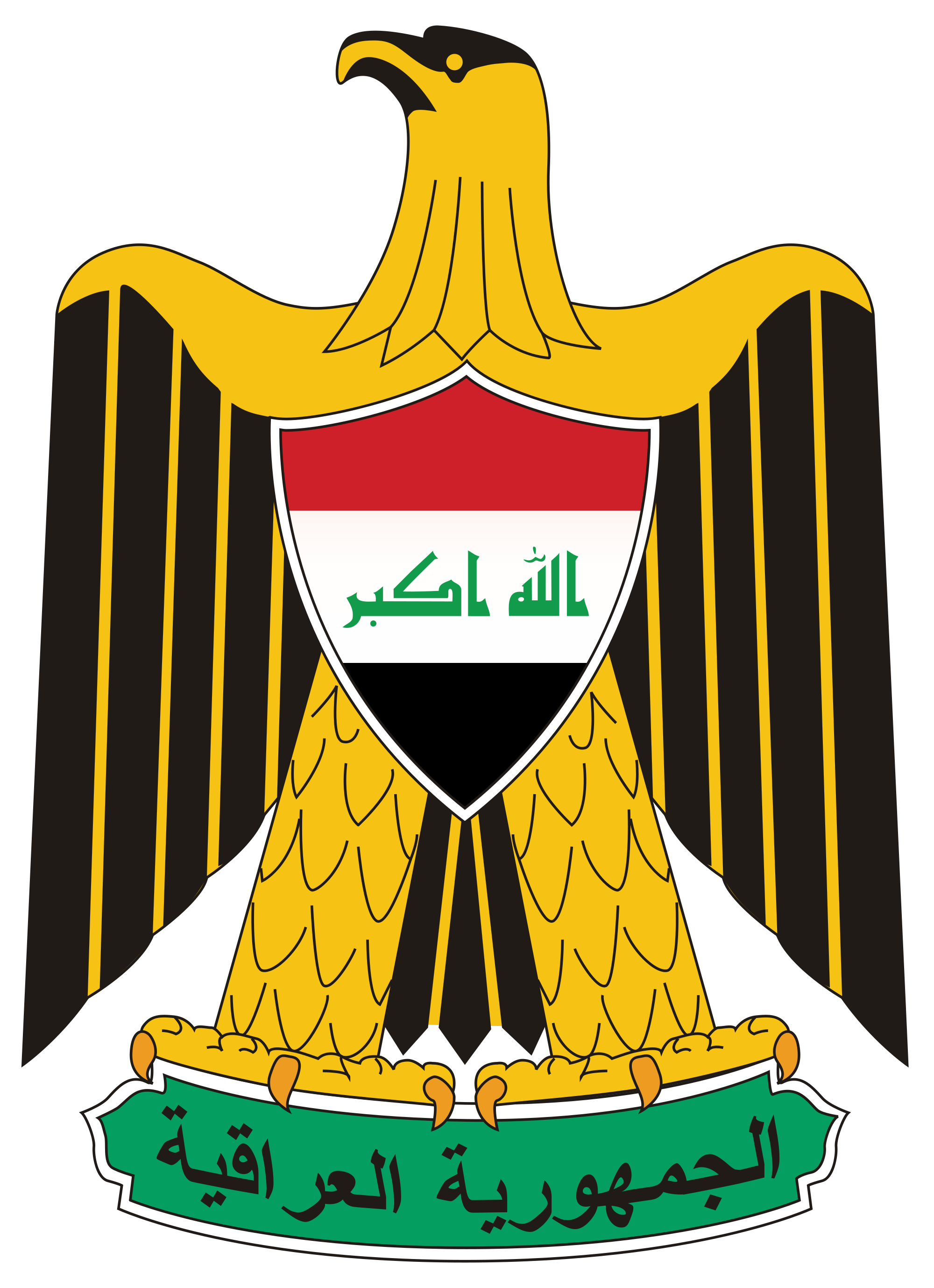 State occupying the territory of South-WestAsia in recent years is in the spotlight, as characterized by an unstable political, economic and cultural situation. Throughout the twentieth century, the coat of arms of Iraq has also undergone some drastic changes and small.

The first coat of arms appeared in 1921 and lasted until 1958. It is the main symbol of the Kingdom of Iraq. In the image of the emblem of that time were present:

In 1959, a year after the proclamation of IraqRepublic, the new state symbol was adopted. He lost all the royal regalia, pomp and solemnity. But he acquired conciseness and expressiveness. This emblem was attended by the sun (in the form of light), the red eight-pointed star. In the center - a round shield with a golden ear inside. On the contour of the circle on a white background presented with native species of cold weapons and inscriptions. As such, the coat of arms lasted until 1965.

Since 1965, on the state emblem of Iraqthere is the so-called Eagle of Saladin. Since then, the main symbol of the country is also changing, but all of them minor, refer to the individual elements, but not predatory, feathered, occupies a central place.

The bird is depicted standing on two legs with powerfulclaws. The wings are raised up and wide open, the bird's head turned to the left. Yellow corresponding heraldic gold and black, which is present in the drawing the wings and tail - the two colors used for the image of an eagle.

On the breast of the eagle is a shield, painted in the colorsIraq's state flag, stripes (red, white, green) are arranged horizontally. On the white stripe is an inscription in Arabic. The eagle holds in its paws green scroll, which also has an inscription in Arabic "The Republic of Iraq." In the outline contours clearly seen the scroll oriental motifs.

The shield of the main character of Iraq since 1965 flag stripes were placed vertically on a white band shows three green stars. Since 1991, it became the location of the horizontal strips.