Home>Articles on Ireland>Coat of arms of Ireland: photo, value, description

Coat of arms of Ireland 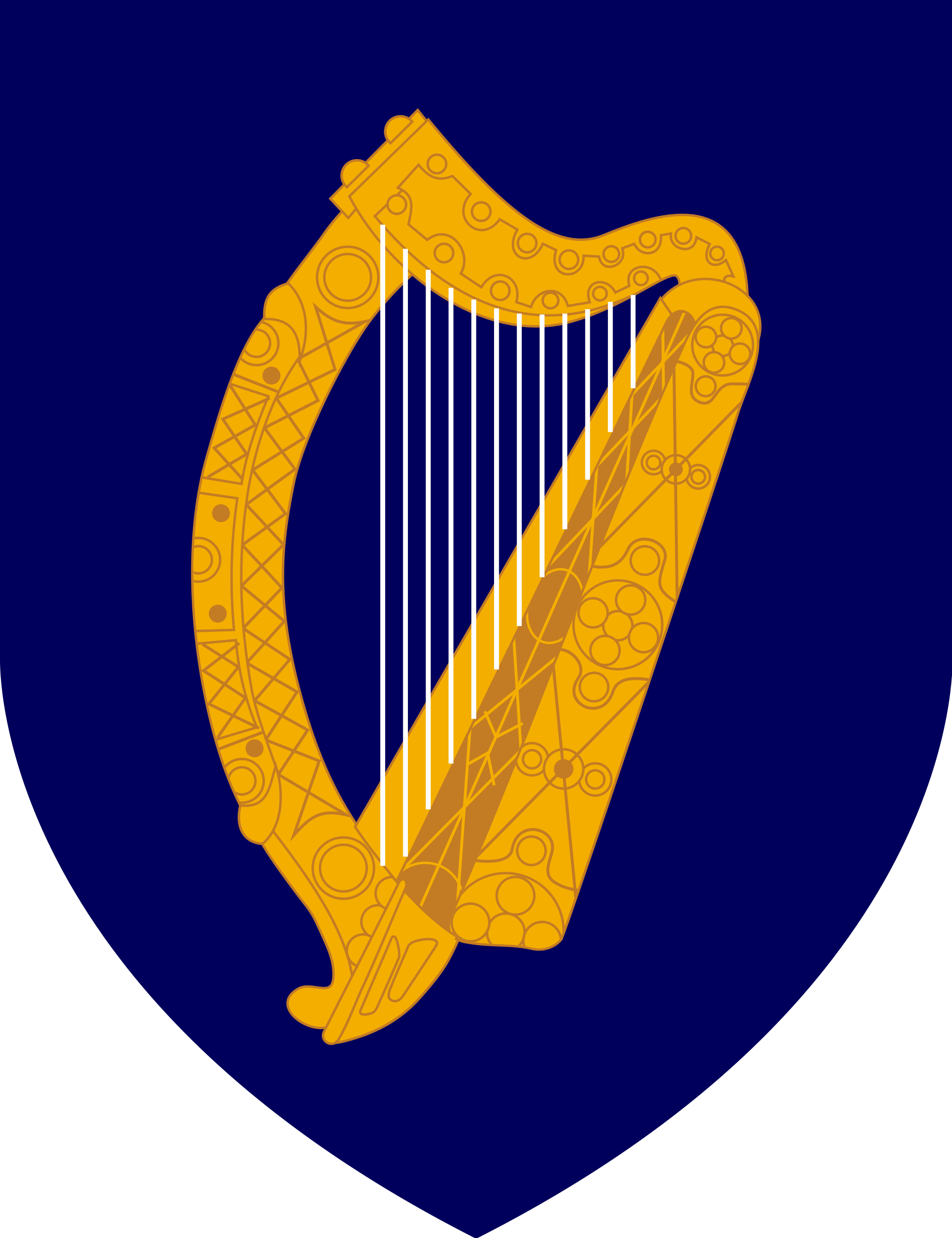 Western neighbor Britain too longfought for their independence, which is why it can be proud of that symbol on its main logo has ancient roots. The modern coat of arms of Ireland was approved in November 1945, but the golden harp, which occupies a central place, more than one century the Irish used in official documents and heraldry.

Many connoisseurs appreciate the emblem of Ireland as a masterpiece of artistic thought, so hit the depth of design and ease of implementation. Three colors were chosen for the country's main character:

Each of these colors like the monarchs of all countries and continents, on the arms of many modern countries in the world can see a particular tone, or a combination thereof.

Choosing a harp, seemingly normal musictool, explained a long tradition and one of the most ancient Irish legends. In addition, by choosing it as the main state emblem, Ireland thus stood out among all the countries in the world. No musical instrument - on any emblem.

The first harp was a gift of the gods Dagda, earththe governor of Ireland, after she was kidnapped by the evil gods, but was found and returned to the owner representatives of light and sun. As a symbol of Ireland it has been known since the XIII century. Mission harp - not only beautiful music, inspiring to the exploits for the sake of the country and its value for each Irishman much more.

Firstly, it was a major in the Irish band. No wonder archaeologists still find the tools or their fragments during excavations, the most ancient of them account for 500-600 years.

Secondly, the famous monarchs John and Edward Idecorated Irish coins image harp. Already in 1541 after the formation of the Kingdom of Ireland under the leadership of Henry I of Ireland it has become a symbol of the country and has also appeared in the local currency.

After the unification of the three countries - Britain,Scotland and Ireland - Harp has taken its rightful place in one of the fields of the United Kingdom shield, and went out to roam on other emblems derived from the country's main character.

Modern independent Ireland retainsloyalty to tradition and the coat of arms, whose image can be seen on official documents, stamps, coins and banknotes. They also enjoy the President and the Government.