Israel Airports - a list of international airports in Israel 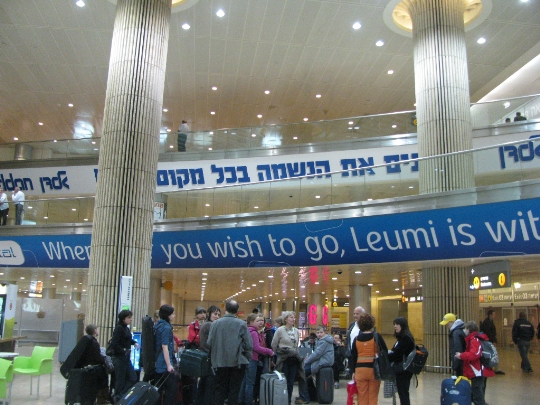 A great number of tourists annually visiting EarthPromised Land. Considerable interest in the historical and cultural heritage and sacred places show and Russian travelers coming into the country, mostly by air. Some of them prefer and beach holiday in Eilat, but because Israel's airports can always meet compatriots.
To get to Tel Aviv can be on the aircraft of Russian "Transaero" and Israel's El Al at any time of the year, and in Eilat just 4 hours of tourists take "Aeroflot".

The right to take international flights have two local airports:

The international airport of Israel's Ben-GurionTel Aviv do not like to joke. It is famous for its special procedure for the passage of pre-control, which any passenger may be subjected to inspection. Do not try to interfere with the Secret Service employees or indignant routine - the time it does not save. It is best to plan for the arrival in the airport in advance of Israel.
The city center and the airfield share a 14 km and a shuttle service to Tel Aviv is possible in several ways:

Domestic flights to Eilat from Tel AvivIsrael accepts Airport, located a few hundred meters from the beaches of Eilat. Harbour Air has not too lengthy "Vzletka", but because international flights to its schedule appear only those that run a medium-sized aircraft. For sunbathers on the shore of the Gulf of Aqaba aircraft landing over the heads are extra fun and a reason to uncover the camera.
Israel Sde Dov Airport near Tel Aviv serves domestic flights from Eilat and not very popular among tourists.

Where better to relax in the Seychelles. Where to go ...