Haifa Suburbs - photos, what to see 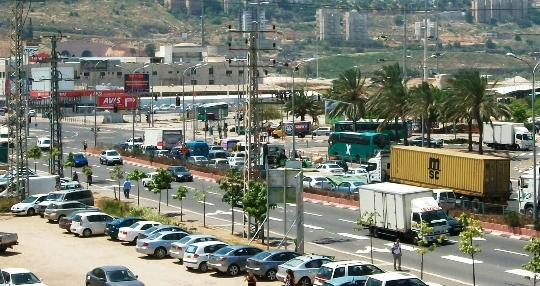 Business card of the third-largest cityIsrael - the golden dome of the main temple of the Bahai religion. And Haifa - a major seaport, cultural and educational center, the birthplace of the Carmelite and very green and beautiful city. Museums and churches, archaeological sites and beautiful parks - the center and the suburbs of Haifa will enable to spend a holiday or vacation interesting, varied and informative.

One of the largest parks in the country was divided intoNesher Haifa suburb four kilometers east of the port center. The modern history of the city began in the 20s of last century, when an immigrant from Russia built on this land for the production of panel houses the plant. The confrontation with the Arabs did not stop Nesher grow and develop, and today this suburb of Haifa is divided into five large districts.
In the Carmel park equipped with a lot of childrenareas and promenades, and its landscape design impresses guests representing what work is embedded in perfect lawns and magnificent flower beds in a hot climate of Israel.

Beit She'arim National Park borders onHaifa suburb of Kiryat Tivon and is located just twenty kilometers from the port. The main attractions of Beit Shearim - archaeological excavations of the ancient city and the necropolis.
The first documentary evidence of Beit ShearimIt refers to the period of the Second Temple, and the city flourished in the II century. During the excavations found the remains of ancient buildings, including a synagogue, decorated according to the style of Galilee. The huge necropolis in the park was the burial place of many noble families, since the III century.
In one of the caves of the underground city constructed a small archaeological museum, which presents the most important archaeological discoveries of the era.

This suburb of Haifa, located south of the center and its ancient landmarks may be of interest to any traveler in love with the story: