Home>Articles about Israel>North of Israel - photo. What to see in northern Israel

North of Israel - photo. What to see in northern Israel 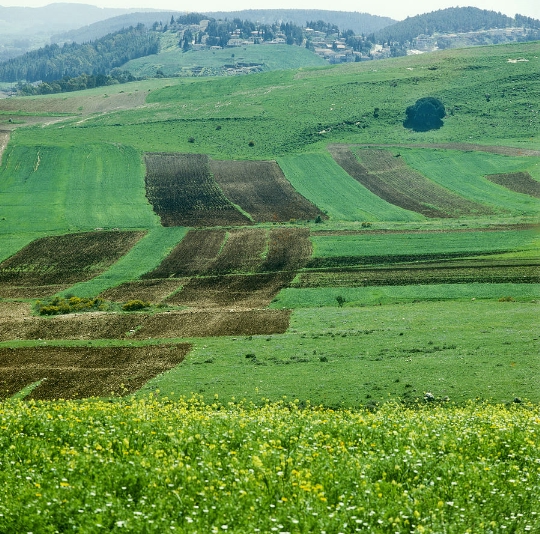 Israel - a small piece of land whereamazing events took place over thousands of years. Many scenic spots located in the northern part of the country. There lie the Upper and Lower Galilee and the Golan Heights, used for the cultivation of grapes. Israel North represented cities like Safed, Acre, Haifa, Metulla, Afula, Tiberias, Karmiel, and others. Each village is unique in its own way and keeps the ancient history.

Nature in this part of the country is very beautiful. Near Mount Hermon, which has a height of about 2,814 m., It originates a great Jordan River above the sea level. Metulla - the northernmost city in the state, located at the foot of the mountain. In this area is the famous Sea of ​​Galilee (Lake Kinneret). It is the largest reservoir of fresh water in Israel.
Galileo previously isolated as a separate state. It looks like a paradise compared with rocky and barren land in other parts of the country. In Galilee there are green hills, fertile plains, groves and fields. The center of this area is the Sea of ​​Galilee, which is located below sea level. On its shores Jesus preached, he once walked on the waters of this lake, both on land. This is a unique freshwater sea can not even drive around slowly for a couple of hours. At the same time before the eyes of tourists will open the places described in the Gospel. Near stretched small town of Capernaum, where Jesus was a memorable meeting with Peter.
Galileo - is one of the most beautiful andfamous places of the country, which attracts pilgrims and tourists. This mountainous region is divided into the northern (upper) and the southern (lower) Galilee. Highlands is considered the Upper Galilee, where you can see the mountain ridges, peaks, valleys, lakes and streams. The waters of Lake Kinneret is used by local people as the main source of drinking water.

The best city in the north of the country

Very beautiful northern city of the country isHerzliya. This is a luxurious Israeli resort located on the Mediterranean coast. From Tel Aviv you can reach it in half an hour. Herzliya is very popular with tourists from all over the world, it is famous for the wonderful sailing clubs, diving centers and chic beaches. To the south of Galilee, near the Sea of ​​Galilee, lies the town of Nazareth, which is considered a Christian shrine. He ranked third in importance after Bethlehem and Jerusalem. It was in Nazareth, Mary Archangel appeared with the news that she would bear the Son of God. Here Jesus spent his childhood. Today in Nazareth Church of the Annunciation acts erected over the crypt and the Grotto of the Virgin Mary. To the west of the city is Mount Tabor, which served as the place of Jesus' Transfiguration. Very well-known Israeli city of Haifa is considered. It belongs to the most beautiful settlements on the eastern shore of the Mediterranean Sea. Going on northern Israel, many travelers are sure to visit Haifa, as in this city nightlife.