Articles about Tel Aviv
by aroundtravels 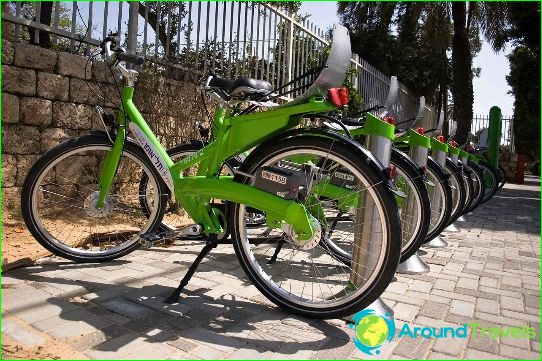 The capital of the State of Israel onceIt came into being as a northern suburb of the port city of Jaffa, one of the oldest on the planet. For decades, Tel Aviv has managed to grow significantly and become an economic, political, transport and cultural center of the country.

The city plays an important bridging role between all cities and regions of Israel, so transportation in Tel Aviv is ready to appear in all its splendor and diversity.

On the assurances of some experienced travelers,the central bus station in Tel Aviv is the largest in the world. It is located in the southern part of the city and connects it with different settlements of Israel and the neighboring countries. At the same Tel Aviv is a city bus lines Dan company, fare such transport is considered to be the most comfortable and convenient. Besides buses adhere strictly to the schedule, and in search of a ticket does not need to run around the city, just buy from the driver.

There is also a favorite among tourists busroutes passing through the main streets, where are concentrated large shopping centers and important attractions. And we should remember that Israel stop only on demand.

Conventional and taxis in all cities of the worldThey are competitors of public transport. No exception, and Tel Aviv, Israel's main city. The taxi driver - is not a profession, but rather a lifestyle. For each driver a passenger car - source of funding, and everyone wants to get to the source as much as possible.

Therefore, and in Israel there are cases of suddenfailure counter high prices, especially for first time visitors to the city of guests, which is calculated from the taxi drivers at a glance. But there are also positive moments, the machine work without breaks and weekends, and even on Saturdays, which is especially important for this country, most of whose inhabitants profess Judaism.

The peculiarity of Tel Aviv, and all Israel isthat now is home to former residents of almost all the cities and countries of the planet. Therefore, when an issue relating to the choice of the vehicle or finding the right stop, do not be shy. On the contrary, it is necessary to engage in conversation. You can try to explain in English, but there is a high probability that someone from the local residents have not forgotten Russian and able to help.

Entertainment in Crimea - amusement parks in ...