Home>Articles on Italy>Airport Trieste: diagram photo. How to get to Trieste Airport

Airport Trieste: diagram photo. How to get to Trieste Airport 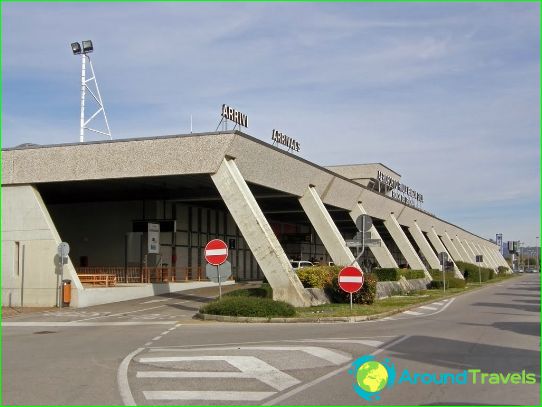 The Italian city of Trieste serves the airportFriuli Venezia Giulia. The airport is located near the city of Ronchi dei Legionari. Until 2007, the airport was named this particular city, then was renamed to its present name.
Every year about one million people served. Trieste airport has one paved runway of 3,000 meters, as well as one passenger terminal.
The history of the airport begins with the 30-ies of the last century, when it was used for military purposes the Italian Air Force. The first commercial flights began from here carried out only in the early 60s.
With the airport just 4 cooperateairlines, of which, of course, is to provide Ryanair. This airline connects the airport with London, Valencia, Birmingham and other cities in Europe.

The town of Ronchi dei Legionari fromAirport is less than a kilometer. Trieste Airport is approximately 30 kilometers. Airport Trieste is public transport links with the nearest towns of Italy, Slovenia, Croatia and Austria. The nearest towns can be reached by taxi or bus.