Home>Articles on Italy>Articles on Milan>Zoo in Milan - a photo, price, hours of work. Getting to Milan's Zoo

Zoo in Milan - a photo, price, hours of work. Getting to Milan's Zoo 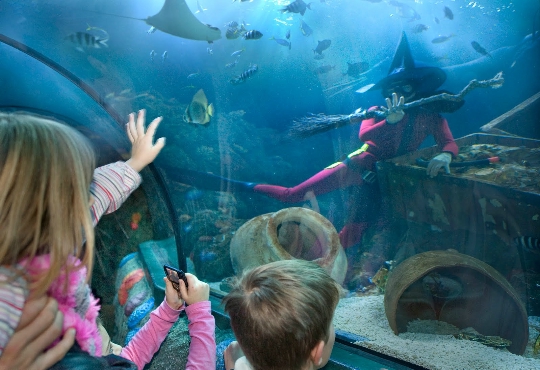 Fans of zoology, despite the lack ofZoo in Milan, will not be left disappointed. In the capital of Lombardy operates one of the oldest aquariums of the world, and even the building in which it is located, is in itself a local landmark. Last reconstruction of the facility was completed in 2009.

Name aquarium in Milan is familiar not only ordinary visitors, but also biologists. The local library - one of the largest collections in the least scientific papers on marine life.

The collection contains dozens of aquariumspecies of underwater creatures - and marine, and freshwater. That is why it could be called a zoo and Milan, which brings together representatives of a particular group of animals. One of the most interesting exhibits - a tropical coral reef, near which is always the largest number of visitors.
Made in the form of a transparent arch modernHall demonstrates the serious inhabitants of the seabed - moray eels and predatory fish. Providing this part of the aquarium, if a guest is immersed in a sea and feels part of its flora and fauna.
By the way, Sempione Park itself, which isbuilding the aquarium, great for family walks in the fresh air. The main attraction - an excellent viewing platform, from Milan can be seen in all its splendor, but on a hot day, the most popular destination are the fountains that adorn the park.

Aquarium Address - Via Girolamo Gardio, 21, Milan,20121 Italy. It is located in Sempione Park area and get to it the easiest on the Milan subway. The stations are called and Lanza Brera Piccolo Teatro Cairoli Castello. Tram first route is also suitable for a trip to the aquarium. Exit will have to stop Pagano Milton. For the tram route 19 stop is necessary Pagano Canova, and for routes 12 and 14 - Bramante Lega Lombarda.

Photographing indoor aquarium in Milan allowed everywhere, but without using the flash.

Details about the aquarium, ticket prices and available exposures can be found on his official website - www.acquariocivicomilano.eu.

Shopping and buying in Montenegro. What to buy, ...