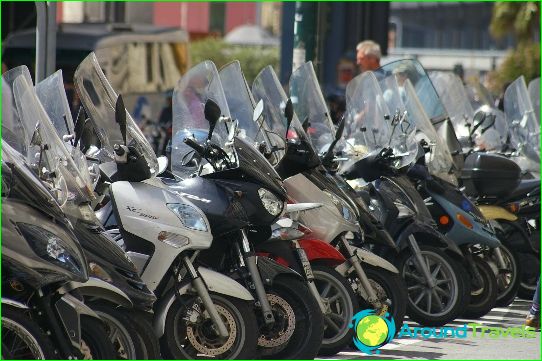 In Naples you can use buses, trolleybuses, trams, underground, funiculars, taxis.

The route runs along most of thecity, but at the same time it should be ready for the blocking of traffic congestion and traffic. The first bus starts its work at 5.00 and the last terminates at 24.00. The average range of motion is twenty minutes. Please note that tickets should be purchased in tobacco shops, which are not always close to public transport. For this reason, if you have not bought a ticket, the possibility to take the bus will not be.

Currently, there are eight in Naplestrolleybus routes, three of which are urban, five - suburban. Development of the system began in 1940. Trolley-bus network is operated by ANM firms, CTP Napoli. motion interval is from fifteen to twenty minutes. City trolley start working at 5.30 and finish at 24.00.

tramway system in Naples lies onten kilometers and consists of three routes. The network began to develop in 1875. Trams run every 10 - 15 minutes, which depends on the day, time of day, traffic congestion. Trams operate from 5.30 to 24.00.

Naples underground is only since 1993of the year. Office of the company is engaged in Metronapoli SpA. Metro consists of two lines, four lines and the cable car. The first line connects the historic center of Naples, Stazione Centrale railway station with the northern part. The next line must be extended with a view to ring closure. The number of stations is 17. The sixth line consisting of four stations, working since 2006. The length is 2.3 kilometers. The line covers the western part of Naples.

Taxis are very popular with tourists, because the tripIt takes place in the best possible conditions. It should be ready for the road congestion, and, respectively, and to a very slow speed.

Transport in Naples developed well enough, so the tourists and the locals are able to quickly and comfortably move around the city.

The capital of Spain: map, photo. What is the capital city in ...