Home>Articles on Italy>Articles on Rome>The history of Rome. The base, the development, the emergence of Rome

The history of Rome. The base, the development, the emergence of Rome 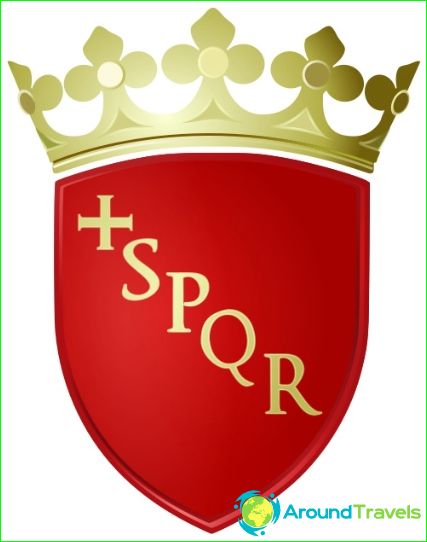 In the central part of the peninsula onthe picturesque banks of the Tiber River, is located one of the most beautiful cities in the world, the famous "Eternal City" and the pearl of the once legendary Roman Empire - Rome. Today this beautiful city with a rich history and an abundance of historical monuments of different eras is the capital of Italy as well as a major cultural, economic and political center of Europe. In the heart of Rome on the Vatican Hill is a Catholic and a tiny Vatican City State - the residence of the highest spiritual leadership of the Roman Catholic Church and one of the most influential countries in the world.

The history of this ancient city has more than2700 thousand. Years and is one of the oldest continuously inhabited cities in Europe. Although historians still argue about the exact date of the founding of Rome, the official version has it that the city was founded on April 21 753 BC, and the history of its foundation is closely intertwined with the ancient legend of two brothers - Romulus and Remus. It is believed that Romulus killed his brother, laid on a hill Palatine ancient city, giving to his name. Romulus also became the first ruler of the so-called Roman Empire. It is here in the 8th century BC and was born the famous Roman law, lasted about 1,500 years, and became the prototype of the legal systems of many modern states.

In the following centuries repeatedly changed andimproved form of government, reflecting the social and political aspects of Roman society, as a result of numerous military operations significantly expanded the boundaries ... In place of the Roman Empire in the year 509 BC came the Roman Republic (509-27 BC.), and then the mighty Roman Empire, which became one of the most powerful nations of their time, who heyday peaked in the 2nd century AD

The subsequent history of the Roman Empire is not original. Due to the instability and constant internal strife once united and strong power for a long time actually it was on the verge of collapse. Gradually losing its influence on the political and economic Olympus and Rome. In 330, the capital of the empire was moved and did Emperor Constantine I in Byzantium, better known as Constantinople (modern Istanbul), Rome is subsequently repeatedly subjected to attacks and looting.

In the second half of the 8th century, Rome became the centerPapal States (theocratic Papal States). So in the history of the ancient city begins a new and exciting era at least. By the end of the 15th - beginning of 16th century Rome is becoming one of the main centers of the Italian Renaissance, the brightest representatives of which (Michelangelo, Raphael, Leonardo da Vinci, Botticelli, etc.) had a tremendous impact on the further development of European culture and art . The status of the capital of the Papal Rome lasted until 1870 (except for a few short periods), and then became part of the Kingdom of Italy, and then in 1946 became the capital of the modern Italian Republic.

Today, Rome - one of the most populartourist destinations in Europe. Its historic center, has kept to this day an incredible amount of historical and architectural monuments, is a UNESCO World Heritage Site. Every year hundreds of thousands of tourists from all over the world come here to witness the famous Roman Forum and the Colosseum, the Pantheon and the Forum of Trajan, the stunning beauty of the Roman fountains, the Vatican shrine (St. Peter's Basilica, the Sistine Chapel, fantastic museums, palaces and the Papal Gardens) and much more.

Rent a car in Cambodia. Car Rental in ...