Home>Articles on Italy>Articles on Rome>Streets of Rome - a photo, name. List of famous streets in Rome

Streets of Rome - a photo, name. List of famous streets in Rome 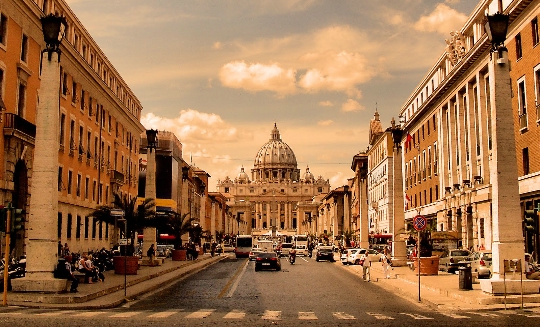 Rome stands out among European capitals. There are many interesting places and attractions. Streets of Rome attract history buffs and fans of good shopping. The city has several shopping streets, known for its shopping.

The most famous street of Rome isVittorio Veneto. It was centered social life since the 18th century. street popularity has increased in the mid-20th century. At this time there appeared shops, hotels and cafes. After 1980, the street lost its former glory. Today Vittorio Veneto is considered to be a very busy and crowded place. Taking a walk down the street, you can see ancient buildings. These include the Church of Santa Maria della Konchentsione.

Is especially famous Via del Corso. This is a commercial and very picturesque Roman street. It is located in the central region and has a historical value. The street is distinguished by the direct alleys adjacent to the narrow streets. Corso resembles a straight arrow and is the main artery of the city. In past years, the Via del Corso, considered the widest street of the city. Today, its width is about 10 meters, length - 1.5 km. On the street are all kinds of shops, boutiques, department stores, cafes, hotels and restaurants. Near Corso is another popular Roman street Via Condotti, where the luxury boutiques of famous designers.

If you move to the south-east direction from Piazza del Popolo, one can admire the virtues of Via del Babuino. She goes to the Spanish Steps, up the hill.

Almost every highway Rome hitsoriginal design. Among them are the most interesting streets. These include Via dei Coronari, the length of which is only 500 meters. His designation it must numerous benches, trading religious items. This street is surprisingly fine entourage. It originated in the Middle Ages and has retained its sights. Of note is the church of San Salvatore-in-Lauro, built in the 16th century.

The most elegant streets of the Via Julia rank, length of 1 km. It is surrounded by fountains, palaces and churches.