Home>Articles on Italy>Articles on Venice>The history of Venice. The base, the formation, the development of Venice

The history of Venice. The base, the formation, the development of Venice 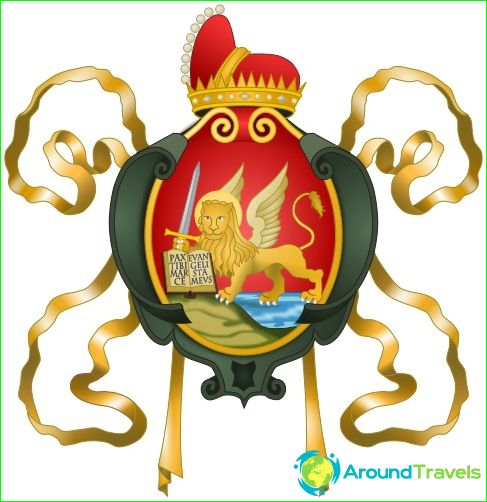 Coat of arms of the Republic of Venice

Venice - a city in the north-east of Italy,submitted by a group of 118 small islands separated by canals and connected by bridges. Venice is the Venice lagoon Adriatic Sea. The unique architectural style of Venice was formed at the height of the Venetian Republic in the 14-16 centuries. Currently Venice on the list of UNESCO World Heritage Site.

The city's name comes from the Veneto, whichinhabited this region in the 10th century BC. The Venetian Republic was a major maritime power during the Middle Ages and the Renaissance, as well as a very important center of commerce (silk, grain and spice). This made Venice a city rich for most of its history. Venice has played an important role in the history of symphonic and operatic music, this is the birthplace of Antonio Vivaldi.

Urban settlement on the islands of VeniceLagoon formed in the second half of the sixth century, and after only one century all the islands have become subject to one ruler - the Doge. A total of 120 doges of Venice was first elected to the year 697, and the latter renounced his power in 1797.

From the 9th to 12th century Venice turned intothe city-state. Its strategic position on the Adriatic Sea made the city practically impregnable maritime and trading power. After the elimination of piracy along the Dalmatian coast, the city has turned into a thriving center of trade between Western Europe and the rest of the world (mainly Islamic).

In the middle of the fifteenth century Venice facedTurkish expansion, which forced Europe to search for other trade routes. As a result, the city has ceased to be an important trading point and, when Napoleon Bonaparte conquered Venice in 1797, the city was no longer a powerful nation.

During the 18th century, Venice became perhaps the most elegant and refined city in Europe, largely due to the art, architecture and literature.

In the nineteenth century Venice for some timeIt became part of Austria, but in 1866, after the Third Italian War of Independence, Venice and Veneto became part of the Kingdom of Italy. During the Second World War, Venice managed to avoid severe damage, the city remained almost intact.

Tourism is the main source of income inVenice from the beginning of the eighteenth century, when there were guided tours through the scenic city. Today it is one of the most visited cities in the world, the daily average of about 50,000 visitors come to Venice. In 1980 Venice Carnival was revived, in the city of steel held prestigious festivals: the Biennale and the Venice Film Festival, which attract visitors from all over the world.

Holidays in Cyprus in December: the prices and ...

Shopping and shopping in Malaysia. What to buy, ...