Home>Articles on Italy>Articles on Venice>The streets of Venice - picture name. List of well-known streets in Venice

The streets of Venice - picture name. List of well-known streets in Venice 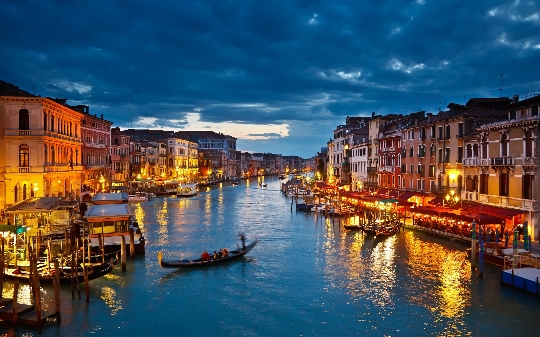 Venice streets are canals. This feature makes the city the most unusual in the world. The water reflects the many architectural monuments. The main street is the Grand Canal. It is the main transport artery of the city and stretches for 4 km. There are three bridges, thrown across the channel. The oldest and most attractive is considered the Rialto Bridge.

Along the Grand Canal palaces are located,belonging to different epochs. They began to build in the 12th century. The palace, which drew the attention of the first, denoted by Ca 'd'Oro. His second designation - Golden House. Finishing its facade was completed in 1430 for its creation was used gold leaf, marble and ultramarine. One of the main channel is also considered Giudecca.

The peculiarity of Venice lies in its location. It takes 118 islands, which are connected by bridges. In the city there are six areas: San Marco, Santa Croce, Dorsoduro, San Polo, Castello, Cannaregio. Fascinating history is in every district of Venice.

The city does not use cars, bicycles andother vehicles, except for the water. People move through Venice on the water or on foot. There are houses in which it is impossible to get on the sidewalk as they go out the door directly to the channel. There are many old and beautiful buildings. The central streets are always full of tourists.

Many of the buildings are based on piles setmany centuries ago. The best area of ​​the city is considered to San Marco, which is a winged lion on a column - symbol of Venice and the Doge's Palace, the Cathedral of San Marco, the bell tower and other structures. San Marco District - is the heart of the city, where are concentrated the most significant attractions. The political center of Venice in favor of San Marco Square.

The second highest number of museums isDosoduro area. The most densely populated areas of the north and is Cannaregio. Its main trunk is represented by the same name the channel, which communicates with the lagoon and the Grand Canal. In the historic center is not moving vaporetto (boats). The exceptions are the Grand Canal and the Cannaregio.

Venice has a unique place names. Names of spaces, channels and street names are different from those used in other Italian cities. Main Street, equipped with sidewalks, designated Salizada, narrow and small streets along the canals - fondamenta. In Venice there are streets named in honor of the members of certain professions:. Lawyers, blacksmiths, etc. Find a certain house in Venice is very difficult. Each district has its own numbering of buildings, which starts from the main subject.