Venice in 2 days: where to go in Venice 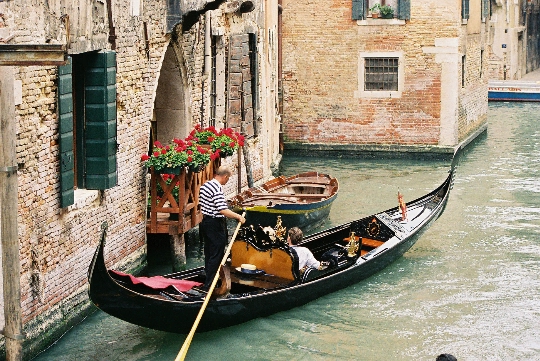 Medieval castles and the dark water of the canals,openwork bridges and thousands of pigeons in Piazza San Marco, the narrow streets and light haze Murano glass in tiny windows - Venice, 2 days which, of course, impossible to grasp, still beautiful, versatile and surprising. And even in such a short time you can manage to see the most unforgettable.

Start your acquaintance with the best Venice with itsCentral Avenue, which performs the role the Grand Canal. It crosses the entire city and stretches for four kilometers along the palazzo, squares and narrow streets. Getting off the board vaparetto - river boats - at the end of the Grand Canal, travelers get to the heart of the old town at the Piazza San Marco.
Its main attractions - the same nameBasilica and Doge's Palace. These architectural masterpieces were built in ancient times, but still delicate outlines of medieval buildings are symbols of the city, which tend to all travelers and for whom romance - not an empty phrase.
at San Marco Walk, visit the Basilica with itsunique altar, visiting the courtyard of the Palace and its inner chambers will take several hours. Meals are best a little away from the central square, because the prices even for a cup of coffee in one of its restaurants may seem completely unmerciful.

In the maze of palaces

In Venice for 2 days may be time to see hernumerous palaces. So called palaces, built in the heyday of the Venetian Republic. Many have been preserved in almost its original form, and touch their cool rough walls - a special pleasure. Do not get lost in the maze of streets help numerous signs directing tourists to the main San Marco square.
In the central part of at least the Doge's Palace, worthy of examination:

In the immediate vicinity of the main square is full of palaces once served as residences of the Venetian noble families.

On board the gondolas

Arriving in Venice for 2 days, you can and should bemake time to stroll through its canals on a gondola. This old vehicle now turned into a tourist attraction, but the gondoliers still perform Barcarolle, the wind from the side of the lagoon is intoxicating, and the beauty and luster of dark water fascinating. Pleasure, however, does not belong to the category of cheap, but the impression is left for a long time.