Home>Articles on Jamaica>Airports Jamaica diagram photo. How to get to the airport in Jamaica

Airports Jamaica diagram photo. How to get to the airport in Jamaica 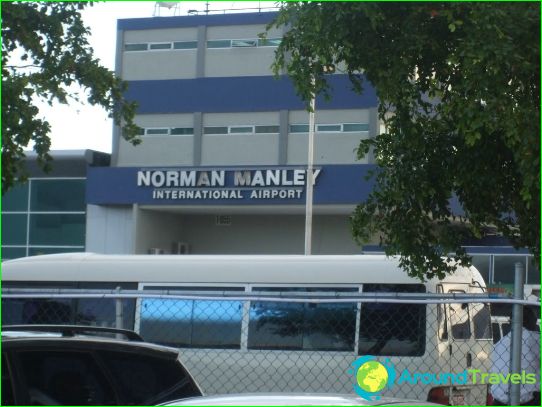 Jamaica has two international airports, one serves the nation's capital of Kingston, and the second - the city of Montego Bay.

The main airport in Jamaica

Airport in Jamaica, Kingston is named after NormanManley. This is the main airport in the country, but inferior to the second airport passenger traffic of the country, which will be discussed further. Annually, the airport in Kingston served about 1.7 million passengers.

Kingston Airport offers all the necessary services on the road - cafes and restaurants, ATMs, a post office, a luggage room, etc.
For Business Class passengers have a separate waiting room.

From the airport in Jamaica's capital city can be reached bypublic transport - buses. On the road it will take approximately 20 minutes. Alternatively, you can offer a taxi which will take passengers for a higher fee to any point in the city.

Montego Bay Airport is inferior in size,described above the airport in Kingston. However, it significantly exceeds it in the number of passengers served annually - about 4 million. This is due to the fact that tourists who want to visit the beaches of Jamaica, follow it to the city.
This airport is named in honor of the Prime Minister - Donald Sangster.

The busiest airport in Jamaica is readyto provide a comfortable stay in its territory to all passengers. There are also cafes and restaurants that offer dishes of national and international cuisine.
Prolonged waiting for the flight, passengers can always relax in the hotel, which is located directly on the terminal.
In addition, here you can find ATMs, banks, currency exchange, post office, etc.
Also for business-class passengers have a separate waiting room.

The city can also be reached by public transport or taxi.

Jamaica allows you to import lyuboyu currency and in any quantity. However, the export of banned national currency, that is, before the flight it must necessarily be exchanged.
Also, tourists have the right to bring in duty-free 150 cigarettes, and 1.3 liters of spirits and 150 grams of perfume.

Rent a Car in Hungary. Car Rental in ...

Bus tours in Slovenia. The cost of bus tours ...