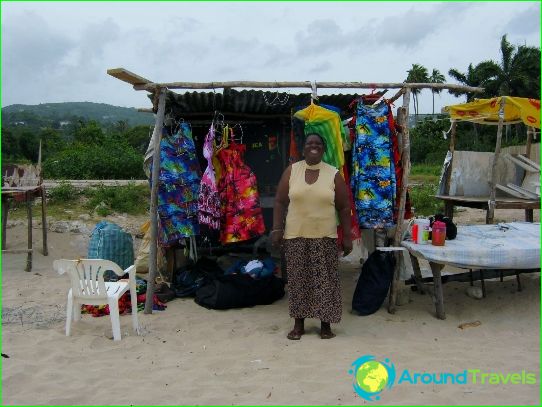 Island of bright colors and the hot sun, driftingin waters caressing the Caribbean, where the residents are relaxed and lazy, but hospitable and welcoming - it's Jamaica. There were mixed African and English traditions, and carefree and smiling, like reggae music - the main business card of the island. Culture Jamaica is a colorful fusion, which successfully mixed a variety of components: music and carnival, architectural masterpieces of the colonial era and original folk art.

The cult of the age, and his followers

One of the brightest components Jamaican culture -within Rastafarianism. It is not political and not religious. It's just a way of life of many Jamaicans, which is expressed in a particular behavior and habits. Dreadlocks and bright striped red-yellow-green berets, reggae music and recreational drugs - Rastaman follow certain customs that have arisen as a result of mixing the rites of African, Caribbean Aboriginal beliefs and even some Christian commandments. Inspirer rastamanov considered Marcus Garvey, whose sermons life free from social conventions, it looks perfect.
Equally important in the culture of Jamaica haveBob Marley songs, based on the lyrics of which - theses rastafarianstva. The name Marley has become a symbol and synonymous with reggae music, but because each piece in this style is attributed to him.

Life in Jamaica may seem boring andmonotonous, but this impression disappears, we need only come to the annual carnival. As in other countries in the Caribbean, this event takes place is noisy and fun, dancing and columns decorated with enviable luxury and brightness.
A considerable contribution to the Jamaican culture and investedknown world-class musicians, which can be found at the time of passing the carnival procession through the center of the Jamaican capital. The most famous, perhaps, is Liz Mitchell - formerly lead singer of the popular group Boney M.
By the way, on the eve of the New Year Jamaicans celebrate another holiday costume. It is called Dzhonkanu and the like are no longer in any country of the world.

During the tour of the island in the capital city of Kingston Jamaica, you can see the architectural attractions, among which the most famous guides say:

Flag of Aruba: photos, history, the value of the state flowers ...

Tourism in Peru - the development, photo