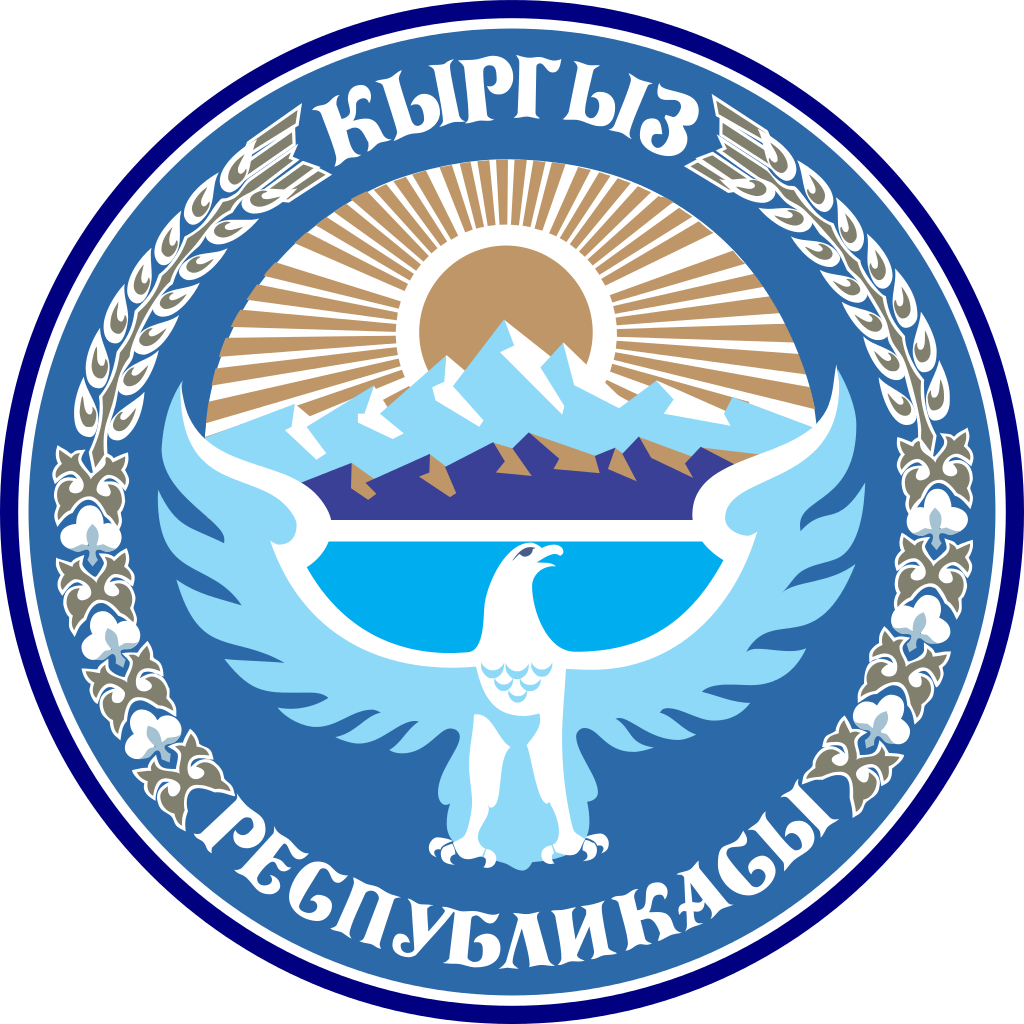 Beautiful mountain country for many RussiansIt is kind of a mystery. Once it was a part of the Soviet Union, it is now an independent state. This is evidenced by its main characters, including Kyrgyzstan coat of arms, flag and anthem.

Home emblem was adopted at the meetingSupreme Council of Kyrgyzstan, and this is an important event for the country was 14 January 1994. Those now distant, were critical years for all the Union republics that once went to the "free floating". During these years, they learn to be independent, self-sufficient, in new ways to build relationships with former neighbors and seek new partners.

Develop your own state symbolsalso refers to the search for their national "I", the identification among the states of this small planet, determining its place in the modern world. Indeed, such problems put before a Kyrgyz artists S.Dunabaev A.Abdraev and when started to develop a new project of the State Emblem. There was a place and the main natural attractions, and bright representatives of the local flora and fauna, and global symbols.

Among the elements of the coat of arms of Kyrgyzstan prominent placesoccupy the white gyrfalcon; Ala-Too mountains; Lake Issyk-Kul; rising Sun; wreath of wheat ears and stylized cotton bolls; inscription. Each of these elements plays an important role in creating a holistic image of the country, at the same time carries a deep meaning.

The eternal beauty of nature

When you create the main character of the statethe authors could not do without the unique natural sites, the glory and pride of Kyrgyzstan. Primarily, it refers to the famous lake Issyk-Kul. For local residents - this is a sacred monument of nature for visitors to the country - one of the main attractions, you want to see without fail. The emblem is a symbol of the lake inexhaustible vitality.

Mountains Ala-Too - another important object on the mapcountry, created by nature itself. The white top of the emblem - a symbol of purity of thought, spirituality. In form they resemble traditional headdress Kyrgyz.

Sun, appears in all its glory, symbolizes abundance, wealth of natural and human resources, in a broader sense - the immensity of life, eternal life.

Voronezh Airport: diagram photo. How to get ...