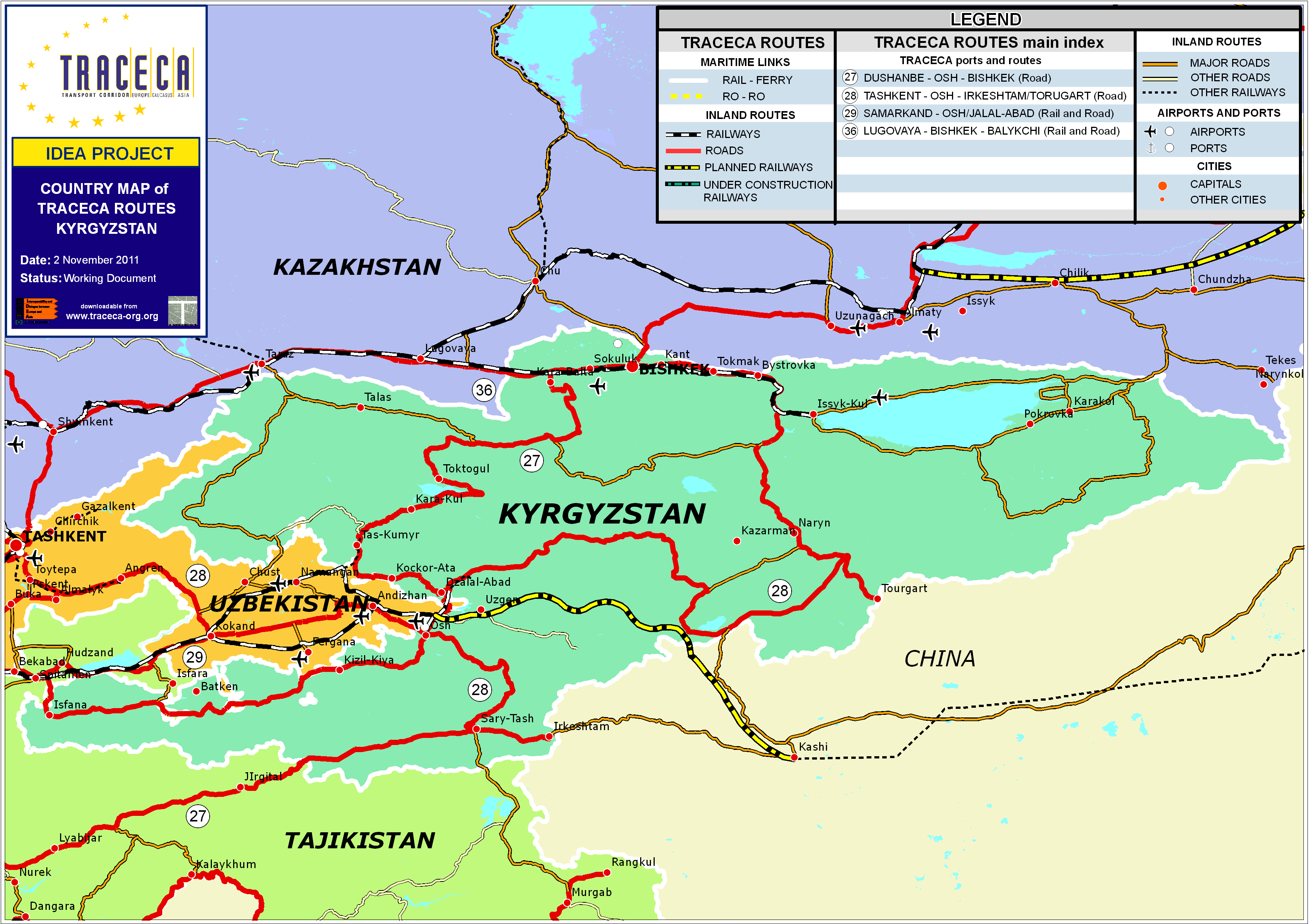 Railways Kyrgyzstan are importantto the economic sphere. With their help the country liaises with other states and carries out transportation. The length of railways of Kyrgyzstan is about 425 km. All of them are dead-end lines that depart from Alma-Ata and Tashkent road.

Highway south of the country areCentral Asian railway. Passenger trains on this site do not ply. Paths are used for freight transport. For Kyrgyzstan is currently of great importance the construction of the railway passing through the central part of the territory. This road will connect the Republic of China, which is its economic partner. The projected line of China - Kyrgyzstan - Uzbekistan railway lines linking China with Uzbekistan and then to Europe via Iran, Afghanistan and Turkey. Estimated length of road section in Kyrgyzstan is almost 270 km. This single-track main line is not electrified.

the railway network is operated byNational Company "Kyrgyztemirzholu". Geographically Kyrgyz Railways divided into separate areas: southern and northern. There is hardly ever used an internal rail. However, railways are very important for the international relations of Kyrgyzstan with neighboring countries. Northern railway line extends from the border of Kazakhstan to Bishkek and is the site of the route Bishkek - Moscow. According to this line annually transports more than 7 million. Tons. In the northern part of Kyrgyzstan on the railroad received such goods as metals, oil products, mineral fertilizers.

Passenger trains run only in the north. There's a branch held from Bishkek to Kazakhstan. In other parts of the country there are no railroads, so tickets for the internal communication of the train can not be purchased. Passenger and cargo transportation is carried out mainly by road. Direct passenger train goes to Moscow from Bishkek 3 times a week. Buy tickets for it can be on the Internet. Travel to Kyrgyzstan took three days, and a ticket costs about 9000 rubles. In Kyrgyzstan also runs a train from Yekaterinburg. Passengers available seats in the reserved seat and a coupe. Schedule of trains presented at the railways website Kyrgyzstan - www.ktj.kg. Passenger trains Kyrgyzstan arrive at the railway station in Bishkek (Bishkek station II), which was built during the Soviet era and is an architectural monument.

Kitchen Austria: photos, dishes and recipes of the national ...

Streets of London - a photo, name. List of well-known ...