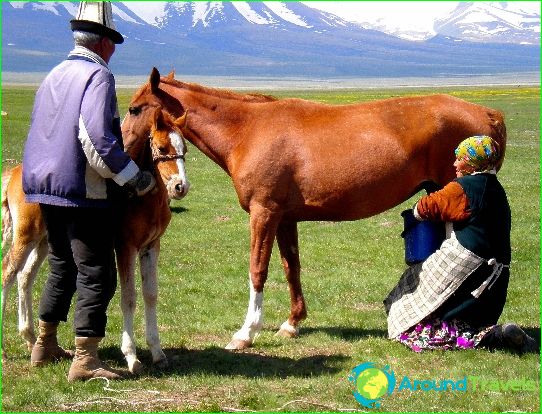 Occupying only 86 th in the world in terms of area,Kyrgyzstan has a clear administrative-territorial division. The composition of the country consists of two cities - Bishkek and Osh - and seven areas. In the capital, there is a division in the inner city areas, and all areas of the Kyrgyz Republic are also divided into districts and cities of regional subordination, which is the country's 40 and 13, respectively. Going on tour in Kyrgyzstan, it is important to provide the geographical location of a region of the country to focus on the road and lay movement routes with the least loss of time.

The list of regions of Kyrgyzstan Batken opensthe region with the same center, and close the short list of Talas and Chui regions. The most densely populated region of Kyrgyzstan - Jalal-Abad and Osh. Here, the number of inhabitants more than a million people each. In Talas and Naryn oblasts registered four times smaller number of people, due to mountainous terrain and harsh climate in this part of the country.
The northernmost region - Chui, in the territory of which the eponymous valley is located. South of the country is occupied Batken and Osh oblasts, and the extreme east of Kyrgyzstan - is the Issyk-Kul region.

Through the pages of historical records

Talas in the north - center of the sameKyrgyzstan region. He is familiar to those who are interested in the military history of the early Middle Ages. In 751, there was the historic battle between the armies of the Arab Caliphate and the army of Tang China. At stake was control over the territory of Central Asia, and therefore Talas battle was long and bloody. For five days, hundreds of thousands of the enemy's army fought to the death, until the ruse Arabs did not make the Chinese troops to take flight. It was halted westward Tang empire.

there are areas among the regions of Kyrgyzstan,where the share of Russian and Kyrgyz population almost equal. For example, in the Chui region, which is the most industrially and agriculturally developed region of the country, including the ethnic composition of a long time dominated by Russian families who have moved to the valley in the late XIX century. Traveling to the north of Kyrgyzstan, you can not worry about the language barrier, because in Russian here says the vast majority of the population.