A trip to Kyrgyzstan

A trip to Kyrgyzstan 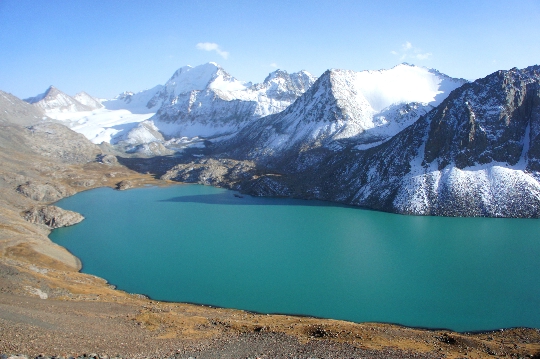 If you want to get back to the Soviet Union,then a trip to Kyrgyzstan could well be a similar tour in this already distant past. Kyrgyzstan - a small Asian country, but no less interesting for the trip.

The basic version of internal displacement -buses, taxis and minibuses. At the same time they are used and for travel within the city, and as a long-distance mode of transport. Sometimes they are the only possible way to get to your destination. On the territory of Bishkek, Osh and Naryn in addition there is also a tram. The fare is low. The bus fleet is quite comfortable.

On long-distance flights and buses come andminibus. The prices are not too high and the cost of travel must be negotiated with the driver. In the mountain villages can be reached by a converted passenger trucks. And in some remote point of the country can be reached only on horseback or by helicopter.

Taxi you will find in all the inhabited points. The tariff is very low on the trip. It is better to use the services of this official cabs rather than private traders. In this case, the trip will be more secure, and comfortable.

The role of the International Airport took over"Manas". Geographically, it is located not far from the capital, Bishkek. It also carried out internal flights. Another of airport facilities only in Osh, Jalal-Abad and Batken.

The fleet is obsolete and is represented taken in Boeing-737 aircraft leasing and set out in the country in the period of the Soviet Union.

Rail transport plays a very importantthe role of communication in Kyrgyzstan with other countries. It is carried out by rail almost all international transport. But at the same time the total length of the railway line just 370 km.

Go on a trip with only stationBishkek. From here you can go to Russia (Moscow, Novokuznetsk and Ekaterinburg). There are in the country and suburban. The starting point of Bishkek, as end stops are: Merke (the ultimate "3639 km"); Tokmak to the station; City Fishing (Lake Issyk Kul).

Navigable rivers in the country is small, so the main representatives of them are private boats and boats. In the waters of Issyk-Kul ships go.

There you can rent a car. But we must remember that the road network is almost not developed. Good road surface can only be found on the highway connecting Bishkek and Osh, Alma-Ata and the city of Fishing. Another good way to pass around Lake Issyk-Kul.