History of Riga. The base development, occurrence of Riga 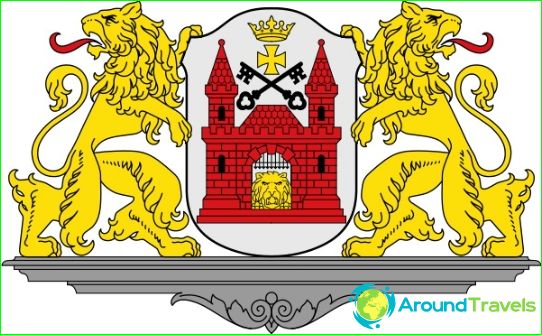 Riga - the capital and largest city, as well as political, economic and cultural center of Latvia. The city is located on the Gulf of Riga at the mouth of the river Daugava (Western Dvina).

Given the strategic location of Riga (handywell-protected harbor on the crossroads of important trade routes), a settlement on the site of the modern city and its surroundings existed in ancient times. It is known that in the 2nd century BC on the site of today's settlement was located in Riga Duna Urbs, which became in the early Middle Ages enough large shopping center. At that time, there already lived Livs and Cours (Baltic-Finnish peoples), whose descendants actually considered the ancestors of the Latvians.

In the second half of the 12th century, the region en massecaptivated the German traders and crusaders, and already in 1201 with the permission of the Pope who came from Bremen Bishop Albert of Riga laid at the mouth of the river of the same name Riga city-fortress, and founded the Order of the Sword, which was subsequently attached to the Teutonic Order. In subsequent decades, the city quickly grew and developed, becoming at the end of the 13th century, the third largest shopping center Baltic States (after Lübeck and Gdansk) as well as the residence of the Archbishop of Riga. In 1283 Riga joined the Hanseatic League, which for several centuries has provided the city's economic and political stability.

In 1581 as a result of the Livonian War, RigaIt was under the rule of Poland, but in 1621 was occupied by Sweden. A new page is started for the city with the beginning of the so-called Northern War (1700-1721) between the Swedish Empire and Czarist Russia for dominance in the Baltic Sea. After a long siege in 1710 Riga became part of the Russian Empire. By the end of the 18th century Riga became one of the major port cities of the Russian Empire and a major industrial center, and by the end of the 19th century, the second largest city in the western part of the empire after St. Petersburg. During the 1905 revolution that swept virtually all the Russian empire, Riga became one of the main centers of the rebels.

In September 1917, Riga was occupiedthe German army, and the Russian Empire, thoroughly weakened the next revolution, is actually on the verge of collapse. The First World War ended for Russia by signing the Brest-Litovsk peace treaty (March 1918) and the loss of a significant part of the territories. The Baltic countries during this period were still under German control, but after the signing of the so-called Compiegne armistice Latvia had the opportunity to claim their independence, which was proclaimed on November 18, 1918 in Riga, which became the capital of the independent Republic of Latvia.

In 1940, during World War II LatviaIt was occupied by the Soviet Union and became the capital of Riga Latvian Soviet Socialist Republic. From 1941 to 1944, Riga was under German control, and then again returned to the USSR. During hostilities the historic center of Riga has been thoroughly corrupted.

After the war Riga rapidlydeveloped and soon became one of the largest industrial centers of the USSR. Return the same independence Latvians were only able to in 1991. Riga became the capital of independent Latvia.

Today elegant and cozy Riga - heart andthe pearl of the Baltic States with an incredibly rich cultural heritage. The historic city center is included in the UNESCO World Heritage Site, and perfectly illustrates the long history of a wonderful city.

Things to do in Sevastopol? What to do and ...