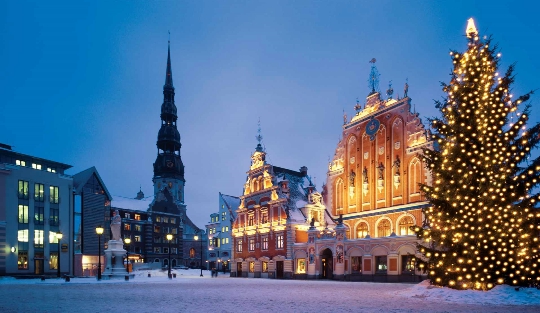 This small and cozy country attracts touriststhe opportunity to relax quietly and steadily. Here you can wander through the ancient castles, cathedrals, and relax on the Baltic coast. In order not to spoil the holiday with some surprises, it is better to learn all the national peculiarities of Latvia.

First of all Latvians always honor their traditionsand history. They are very functional and easy to tolerate difficulties. Their national character trait, you can highlight a certain isolation, which explains the life of their ancestors in the remote hamlets. This love of rural life and manifests itself in modern Latvians. For them, such a house - a family nest, so it is given maximum attention. In conversation, they are quite simple, and many speak Russian. Also in their nature prevails ambition. They love to show others their independence throughout.

At the heart of the Latvian dishes are very simpleproducts. Primarily, this potato, peas, beans, vegetables and milk. The most favorite vegetables - cabbage, especially pickled. From meat to eat pork the most. Her baked, boiled brawn. Other types of meat not very common, except that the lamb and poultry. Very fond of Latvians and fish dishes, using cooking as a marine fish and freshwater.

Many ingredients Latvian dishes onfirst glance, do not combine. But at the same time, give the food its unique flavor. For example, bread soup with dried fruit. Soups are generally very much, and most diverse, for example, or with sweet dumplings. It is often found an interesting mix of potatoes with cheese. From traditional dishes are: Putra (porridge with fish); pudinsh (potato casserole with herring); klops (steak under the onion sauce).

Famous for Latvia and for its cheeses. From desserts the most popular are buberte, bread yogurt, pastries, "Old Town" and the meat ice cream. Their drinks Latvians prefer putels. This variety of jellies, which are made not only from the berries, but also from peas or oatmeal. Also worth noting rhubarb jelly and bread kvass. Alcoholic beverages famous far beyond the country Riga Balsam and beer, which is brewed Latvians in large numbers.