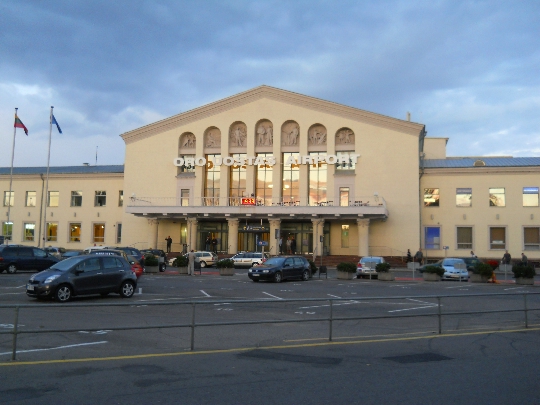 Three Lithuanian airport certified to work withinternational flights, but because for a flight from Russia is enough to choose the right direction. Direct flights from Moscow Vnukovo to Vilnius performs airline UTair. The journey time is less than 2 hours. Estonian Airlines offers Russian travelers to get to Vilnius with connections in Tallinn and AirBaltic - with a transfer in Riga.

international status have more capital in addition to the two air harbor of the Republic:

The new passenger terminal in Vilnius Airportreceives regular flights from Poland, Germany, Austria, Belgium, Turkey, Iceland, Spain and many other countries. "Aeroflot" flies here from Sheremetyevo and "Belavia" - from Minsk.
Basic airline Lithuania Airport - Wizz Air,Small Planet Airlines and Ryanair, operating regular flights to Malmo, Barcelona, ​​Belfast, Glasgow, Tel Aviv, Rome, London, Stockholm and many more of the capital and major tourist centers of the Old World.
Check-in is available in the terminal by yourself with the help of modern equipment and can brighten up the expectation of flight in the duty-free shops or restaurant.
All the details on schedules and airport infrastructure available on its website - www.vilnius-airport.lt.

To get to the city from the passenger terminals offer taxi and public transport: