Home>Articles about Macedonia>Coat of arms of Macedonia: photo, value, description

Coat of arms of Macedonia 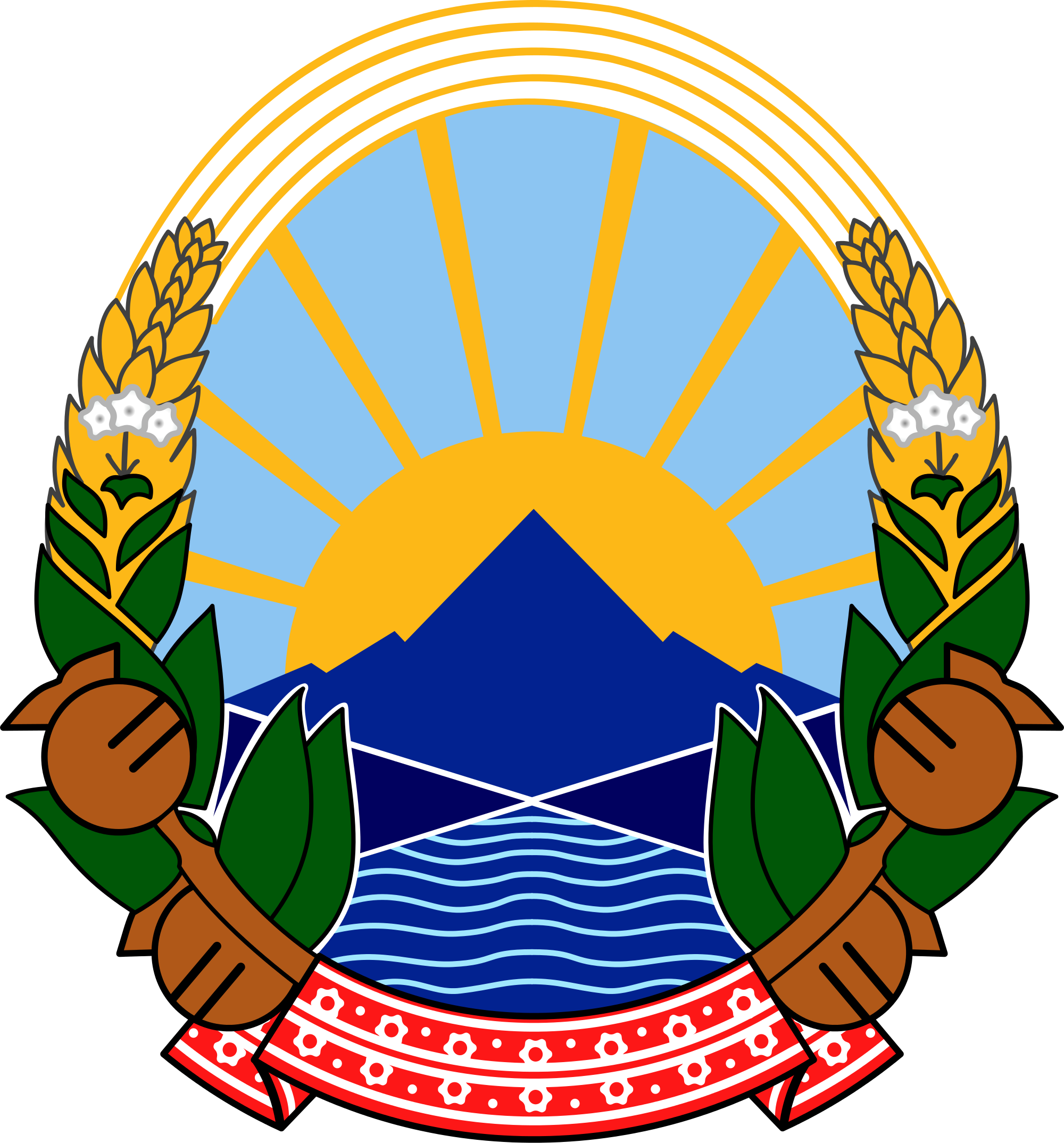 Macedonia Coat of Arms has a long history thatIt begins in the era of the Middle Ages. However, the modern look of this coat of arms appeared not so long ago - only in 1947. Until that time, not the main emblem of the country attended the lion on the shield. Then there was a period when the Macedonians for their own coat of arms was necessary to forget, as they became part of the Kingdom of Serbs, Croats and Slovenes. They remembered about their coat of arms just after World War II, when Yugoslavia became a part of a separate federal land rights. At the same time, and there was a new Macedonian coat of arms.

The main emblem of the Republic of Macedonia hasround (oval) shape. The central element of the emblem is rising over the mountain yellow sun with thin rays. This symbol can be associated with solar Macedonia as one of the main resources of the republic are its recreational opportunities, the tourism industry.

Mount, on which one can see the rising sun - isKorab, the highest point in the country. This mountain located on the border of Macedonia with Albania, between the valleys of the Black Drin and Radhika. The slopes of the mountain are rich in glacial lakes. This fact is displayed on the coat of arms as a body of water, situated in front of the mountain.

The modern coat of arms of Macedonia devoid of anyelements linking this with the logo history of the country. However, the logo depicts the main elements showing the main agricultural wealth of Macedonia: wheat; poppy; cotton; tobacco.

Stalks of wheat, poppy shoots, leaves and tobaccocotton shown on the edge of his coat of arms and the frame on both sides. The lower part of the emblem may be seen red ribbon on which national pattern displayed.

The legacy of the socialist era

The Republic of Macedonia gained independence induring the collapse of Yugoslavia in 1991. Then there was a question about the change of the country's main symbols. It offers many options for the new emblem. Many wanted to go back to the old symbolism of the lion, and the other offers only slightly changed form of existing socialist emblem, inherited from the era of the young state of stay within Yugoslavia. As a result, he was left an old socialist coat of arms, in the design of which has been decided not to make changes. Today, the Republic of Macedonia is the only state in the post-socialist period, preserved in the symbolism of the coat of arms of the socialist time.

Only in recent years have made this coat of armssmall change. Old coat of arms was decorated with five-pointed star, which is located on top of the logo. In the modern version of the coat of arms of Macedonia is no longer the star.

Christmas in Belarus, traditions, photo. As the ...