Articles on Kuala Lumpur
by Kristi 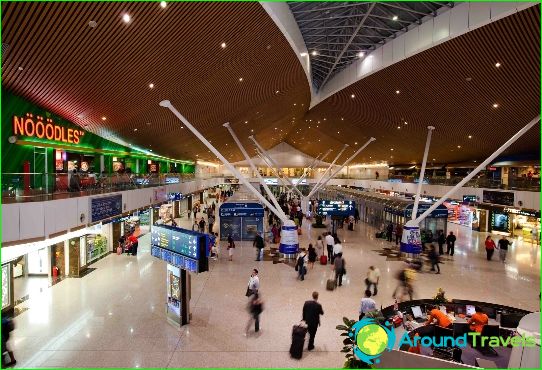 The international airport in Kuala Lumpur isone of the largest airports in Southeast Asia and one of the most technically equipped airports in the world. It is located about 60 kilometers south of the same city. From the airport is working more than 50 airlines from around the world.

Chief of Kuala Lumpur Airport with respect toyoung, it was built in 1998. The cost of construction cost of 2.5 billion. dollars. The new airport replaces the existing while the international airport Sultan Abdul Aziz Shah, which is currently only accepts charter flights and turboprop aircraft.

Airport Kuala Lumpur has 2 terminals - the main terminal and the budget terminal.
The main terminal has three buildings - the main and auxiliary building, as well as contact with the pier, which is connected to the main building special transition.
From the main terminal building in the auxiliaryIt can be reached by train, which unites them above-ground railway. Aerotrain train capable of carrying approximately 3,000 passengers per hour. Travel time from one building to another is about 2 minutes.
Budget Terminal was built later byAir Asia. The main purpose of this terminal - to unload the main terminal of the ever-increasing passenger traffic. The building budget terminal is located opposite the main terminal, the distance between them is just 800 meters away, connected to the terminals of a bypass road with the length of 20 km. Therefore, to get from one terminal to another, you need to take a bus or taxi.
It is worth noting that the budget is a terminalonly a subsidiary, as the main terminal is unable to cope with the existing traffic flow. However, plans to build a new terminal, which will serve 45 million passengers a year.

It can be reached in several ways to the capital of Kuala Lumpur, Malaysia:

Airport Bodrum: diagram photo. How to get ...